The rise of online retailing has fostered many companies in that industry to become publicly owned, selling shares on major stock exchanges. We’ve been tracking publicly-traded ecommerce companies, and we’ve prepared a list of them, together with publicly traded, pure-play Internet companies that receive a material amount of revenue from ecommerce merchants.

We’ve used a fairly narrow definition and have not included companies that have a material number of physical stores or get a high percentage of sales from catalogs.

BIDZ.com, Inc.
Ticker Symbol: BIDZ
Bidz.com
Bidz.com operates as a global online retailer of jewelry including gold, platinum, and silver jewelry sets with diamonds, rubies, emeralds, and sapphires. It operates both the bidz.com site for the purpose of selling merchandise via an online sales auction platform, and a fixed price online store at www.buyz.com. Founded in 1998, the company went public in 2006.

BlueFly, Inc.
Ticker Symbol: BFLY
Bluefly.com
Bluefly.com sells approximately 350 brands of discounted designer apparel for men and women, as well as shoes and accessories in the United States. One of the older Internet retailers, the company went public in 1998.

Blue Nile, Inc.
Ticker Symbol: NILE
Blue Nile
Founded in 1999 and public since 2005, Blue Nile is an online retailer of diamonds and fine jewelry. The company was formerly known as Internet Diamonds. 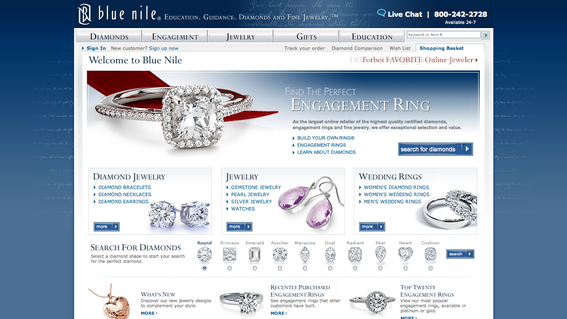 eBay, Inc.
Ticker Symbol: EBAY
eBay
Founded in 1995, eBay is the world’s largest online marketplace. It also offers online commerce platforms, and online payment solutions (it owns PayPal) to individuals and businesses in the United States and internationally. In 2010, the total worth of goods sold on eBay was $62 billion. The company went public in 1998. 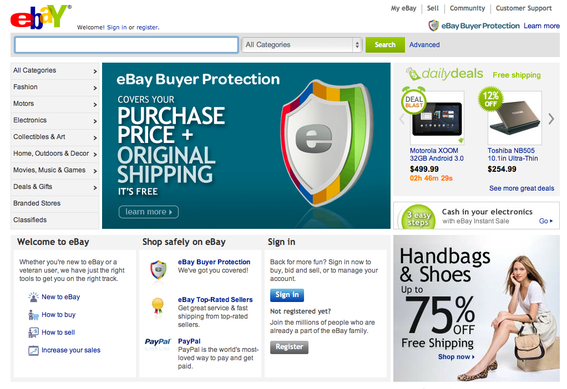 Google, Inc.
Google
Ticker Symbol: GOOG
Google, which went public in 2004, started out as a search engine but has expanded its business model to include various advertising tools such as
AdWords, AdSense, and Google Display. Further diversifying, Google now offers Android, an open source mobile software platform, Google Chrome OS, and Google Chrome, a Web browser. The company also provides Google Apps, a cloud computing suite of message and collaboration tools. The company was founded in 1998.

Netflix, Inc.
Ticker Symbol: NFLX
Netflix
Those red envelopes have become ubiquitous in America’s mailboxes. With more than 23 million members in the United States and Canada, Netflix is the world’s leading Internet subscription service for movies and TV shows. Netflix is promoting its streaming service that allows users to immediately watch movies on their computer screens. It became a public company in 2002. 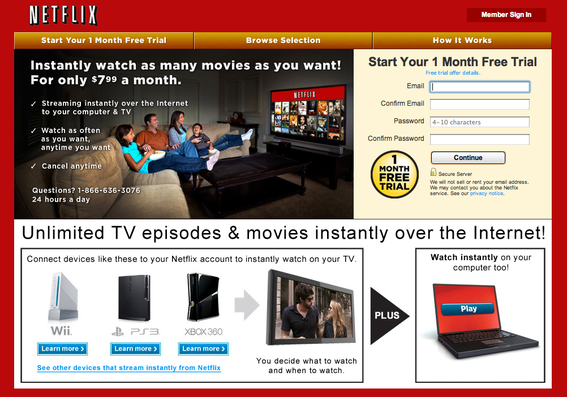 Netflix is an internet subscription service for movies and TV shows.

Overstock.com, Inc.
Ticker Symbol: OSTK
Overstock.com
Founded in 1997, Overstock.com went public in 2002. It is an online retailer that offers closeout and discount brand, and non-brand name merchandise in the United States. It sells household goods as well as, jewelry, electronics and computers, sporting goods, apparel, and designer accessories. Overstock.com also offers an online auction service. It has been a publicly traded company since 2002.

PC Connection, Inc.
Ticker Symbol: PCCC
PC Connection
Public since 1998, PC Connection, through its subsidiaries, is a provider of computer hardware and software to businesses, governments, educational institutions, and consumers. Started as a direct response business making sales via ads in computer publications, the company blossomed when the Internet became a marketing tool. The company sells its products and services through Pcconnection.com, Macconnection.com, Pcconnectionexpress.com, Moredirect.com, and Govconnection.com. 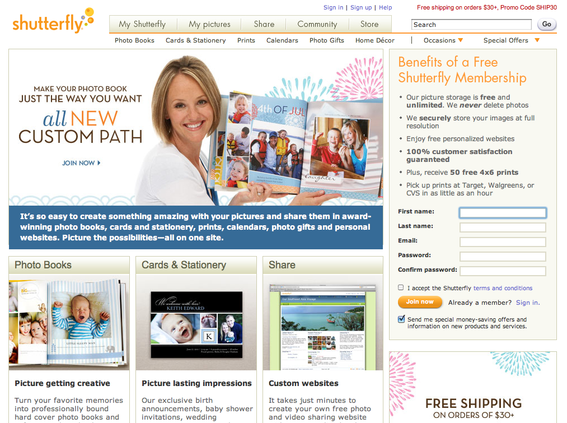 Vistaprint NV
Ticker Symbol: VPRT
Vistaprint.com
Vistaprint is an online purveyor of business cards, brochures, postcards, and invitations. Vistaprint also provides online services and solutions, such as email and postcard marketing. The company went public in 2006 and is headquartered in the Netherlands.

XO Group, Inc.
Ticker Symbol: XOXO
The Knot
XO Group, formerly The Knot, sells wedding dresses and everything related to weddings. The Knot, which became a public company in 1999, is being integrated with other XO Group businesses.

10 Predictions for the Peak Shopping Season