Once merchants are successful in domestic markets, many of them weigh the benefits of expanding their operations abroad. The many challenges accompanying overseas expansion, including language optimization, SEO, taxation and credit card processing, can seem daunting.

We asked Jim McGeever, chief operating officer of NetSuite, a publicly-traded ecommerce and management platform, about his company’s experiences in overseas expansion and how ecommerce merchants can learn from them. 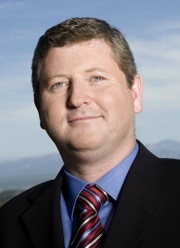 Jim McGeever: “Our OneWorld product allows people to operate in multiple countries around the world. A company with a headquarters in the U.S. could have customers in over 100 countries, including, for example, France, Germany, and China.

“The great thing about OneWorld is that merchants can have multiple websites in multiple languages, and a site in Japan can look exactly like a U.S. site, if that’s what they want. This significantly reduces overhead because there’s one dashboard for all sites integrating in real time and using real time currency rates.”

PEC: What regions or countries do you think are becoming important new ecommerce markets?

McGeever: “There are three areas we’re very interested in: Germany, China and Japan. In Germany online payment systems have to be certified by the government.”

PEC: What about Japan?

McGeever: “Japan’s a country where ecommerce is relatively immature, and people are using surprisingly unsophisticated web stores. The distribution model in Japan is multi-tiered. Japan is a partner model because of distribution channels and large trading firms that work with small businesses.”

PEC: What are the most important items for merchants to consider if they want to expand their business abroad?

McGeever: “A website has to be visible in order to be successful. Google is dominant around the world, but not in all countries. Merchants may have to work on their SEO for a search engine unique to a certain country. Most ecommerce providers will work with an SEO firm, and they need to find someone who has international capabilities.

“Your ecommerce site also has to charge the correct tax rate, and for this you really need a third-party logistics (3PL) provider that’s capable of integrating with multiple retail companies. One of the issues is that the way they bill their customers is fairly complex, based on how much space their inventory takes up in the warehouse, how it needs to be stored and other measures.

“Another challenge is your currency. OneWorld allows for real time integration updated every night, so you can monitor your gross margins. If you’re selling in yen and the yen moves against you, you have to keep your pricing up to date.

“The final piece is payment infrastructure. People need to be able to use credit cards and payment information. Credit card integration will occur in most countries in the world.”

PEC: Are there also challenges involved with shipping? What about the potential for breaking the law with items not allowed into the country?

McGeever: “It depends on what you’re selling. UPS and FedEx are very strong in dealing with those challenges. They’re good resources for what you can and can’t ship abroad. Some of the specialized 3PL companies are also very strong in giving advice on those types of issues.”

PEC: What about the language gap? If I’m unilingual and can’t afford to hire a professional translator, what are the chances of me being able to get foreign customers to an English-only site?

McGeever: “If it’s a unique product you can’t get anywhere else, it might potentially work. But Germans want to be able to order in German, French people in French and so on.

“If you’re looking to expand internationally, you should consider what software companies have done, including us. The first thing is to expand to English speaking countries like the U.K., Australia and some East Asian areas like the Philippines, Singapore and Hong Kong. These are places where English is the business language.

PEC: What are some of the challenges of doing business in a country without the same copyright laws or business infrastructure as more developed countries?

McGeever: “Those types of countries should be very low down on your list. On the other hand, if you’re the first guy in, maybe instead of going into a crowded mature market, there’s the chance to be the first mover in the market.

“When you’ve got an ecommerce website, you have to ask yourself what is your value proposition? We assume that if you’re looking to expand abroad, it’s because you’ve been successful. What is it about you that makes you a successful merchant? Because what makes you successful domestically will make you successful abroad and helps determine what countries you operate in.”