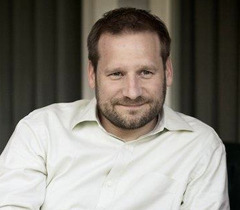 In “Reading List,” we ask ecommerce professionals to name some of their favorite books and blogs and tell us why they read them. For this installment, we corresponded with Mike Effle, CEO of Vendio, a company that helps merchants sell on multiple channels.

Vendio simplifies the process of selling products across multiple platforms by offering inventory management, order processing, and marketing tools from a cloud based interface.

“Call me a retro hipster referencing classic books that were banged out when you could hear the snap of ink pressed to paper rather than the cold clickity-clack of a keyboard, but these are many of the books that defined my thinking and ones I reference often to this day. This list takes you through my decades.”

The Effective Executive by Peter Drucker, 1967 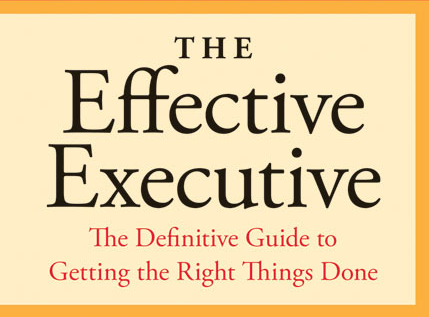 The Effective Executive, by Peter Drucker

“An essential reference for reminding ourselves never to confuse feverish action with productivity. Some of my favorite books have huge mental pull quotes that I reflect on at various times during the hour, day, week, and year. Two such snippets: ‘Results are obtained by exploiting opportunities, not by solving problems.’ And ‘There is nothing so useless as doing efficiently that which should not be done at all.'”

Up the Organization by Robert C. Townsend, 1970

Up the Organization, by Robert C. Townsend

“As the CEO of Avis, Townsend not only tried harder but also embraced an early concept of servant leadership. ‘True leadership must be for the benefit of the followers, not the enrichment of the leaders.'”

“All life is determined not solely by the outside world but by the frameworks we use to experience and reflect upon it. Porter defined for decades a flexible approach to reviewing and evaluating the primary competitive factors that require consideration when evaluating a strategic decision. While more specific tools have been developed through the years to communicate strategy, the schema established decades ago can generally be applied with some small modifications to most strategic decisions today.”

The Fifth Discipline by Peter Senge, 1990 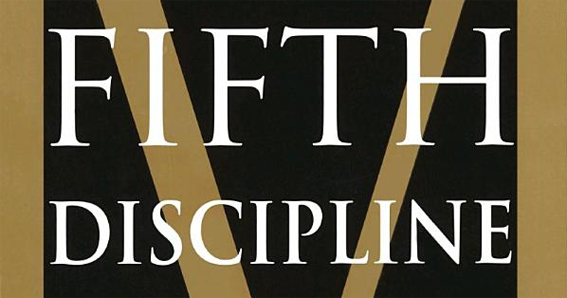 The Fifth Discipline, by Peter Senge

“It would be difficult to describe the impact this book had on my early career, and I reference it often still while understanding the most difficult management and leadership challenge is often getting everyone to optimize themselves toward a common goal, despite potentially competing individual incentives. Reading Senge also echoes an important notion from The Effective Executive: ‘Don’t push growth; remove the factors limiting it.'”

The Tipping Point by Malcolm Gladwell, 2000

The Tipping Point, by Malcolm Gladwell

“A more modern interpretation of the consistent theme throughout this list that focusing on the right efforts and people trumps diffuse force — mental or otherwise.”

The Lean Startup, by Eric Ries

“An even more modern and targeted implementation guide for bridging the gap between needs, wants and haves. Roughly 45 years after Drucker, we’re reminded again that, ‘True startup productivity is not just making more stuff, but systematically figuring out the right things to build.'”

“I frequently read or follow @techcrunch, @mashable, @karaswisher, and @ecommercebytes. Here are a few influencers more people should follow.”

“CEO of LinkedIn, followed not only for his personal insight but also because he tweets out quality posts from LinkedIn influencers, a new favorite ‘me time’ aggregation of quality unique content.”

“Steven Pinker is an author, experimental psychologist, cognitive scientist, and linguist. Ever since The Language Instinct, I’ve wanted to understand more about what he knows about me (and those countless others out there completely unlike me).”

“A software engineering manager at Apple, Netscape, and Symantec, among others, by day, and what I would call a ‘wryter’ by night who often posts the same thoughts I have in better words than I could dare write. Recent gem: Most managers have worked very hard on a facial expression that conveys, ‘I really need to look like I know what you’re talking about.’”

“Insightful thoughts on SaaS customer acquisition, retention, and value maximization. With fewer than 3,000 followers, I consider anything I learn something my competitors possibly aren’t seeing. Maybe I shouldn’t have said anything.”

“Former championship debater and product guy in the back of the boat pushing it ever forward. What’s not to love about insights of 140 characters or fewer from such a person?”