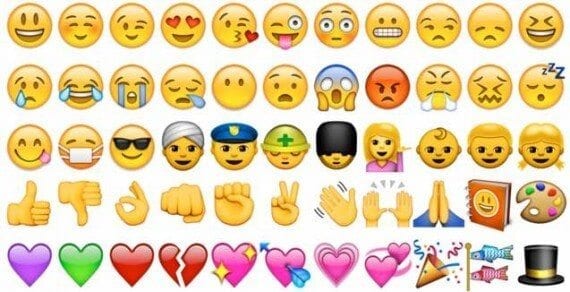 Emojis are symbols or icons that express an idea or an emotion. Unlike emoticons, which use plain text to create a facial expression — like this :-D — emojis are small images you can use in the body of your message.

Emojis were created in Japan in the late 1990s. They became widely available in 2011 when Apple added emojis to its iOS software release. This was followed by other smartphones. As a result, the use of emojis on social media and in private messages has hugely increased.

According to published reports, as much as 92 percent of Internet users use emojis. That’s a lot of ?.

In the past year the use of emojis has entered the mainstream. Brands are incorporating them into email subject lines, social media posts, videos, and even press releases.

Using emojis in marketing communications can help make your message more concise and add instant understanding and novelty. Here is a selection of brands using emojis as part of their marketing strategy.

Chevy created an entire emoji press release around the launch of the 2016 Cruze — and a video series to help confused users decipher it. 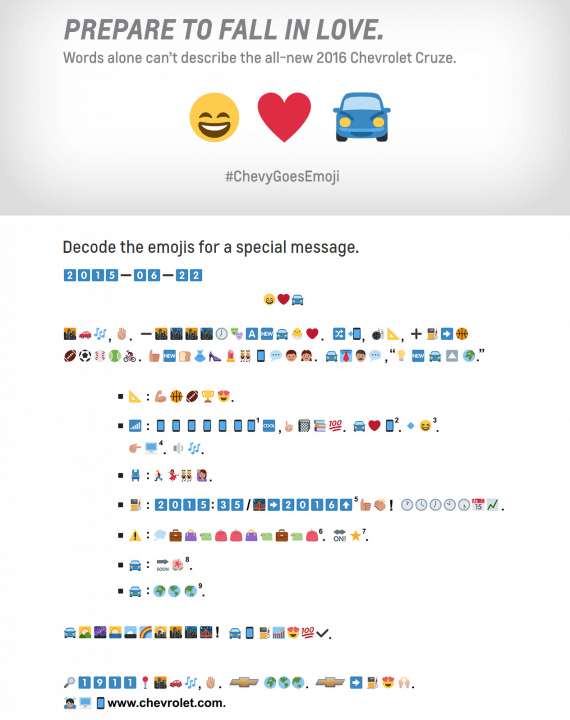 Chevy produce an emoji press release around the launch of the 2016 Cruze.

To date, Chevy’s emoji video series has over 166,000 views on YouTube, 21.7 million views across paid social and display channels, and sparked an 18-times higher engagement rate on Twitter, according to a case study presented at the Social Mitten conference.

Why do pizza and hamburger lovers get an emoji but taco lovers don’t? That’s the question Taco Bell posed in its Change.org petition to the Unicode Consortium, a non-profit that regulates the coding standards for written computer text that includes emojis, to include a taco emoji in Unicode 8.0, to be released this year. 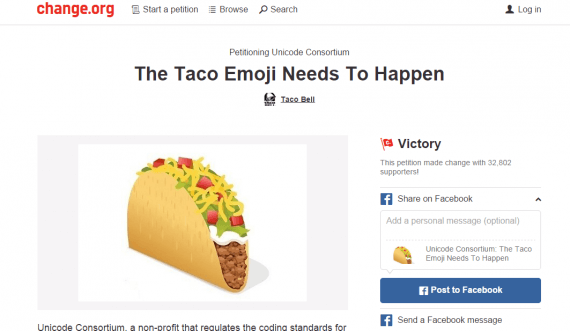 Taco Bell launched a Change.org petition to include a taco emoji in Unicode 8.0.

Almost 33,000 taco fans responded to the petition, resulting in victory for taco fans and for Taco Bell, which now has a new way to promote its brand.

Set up a “Pizza Profile” account at Dominos.com to “Easy Order,” by sending a pizza emoji on Twitter or by text. You have to include “@Domino’s” on the tweet to prevent every single use of the pizza emoji resulting in a pizza arriving on your doorstep.

Each time an emoji was tweeted, Miracle-Gro “planted” another emoji in its digital garden, resulting in over 143 thousand digital plants — and inspiring a younger generation to consider gardening. To maintain the momentum, users were then asked to share pictures of their real gardens using the #LetsGro hashtag. 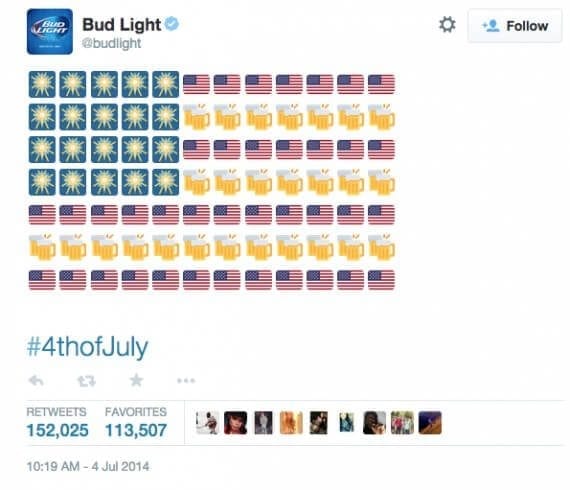 Bud Light used emojis to create a 4th of July tweet in 2014.

Beer brand Bud Light used emojis to craft a 4th of July tweet in 2014 that earned 147 thousand retweets and 110,000 favorites. This twist on the American flag, uses firework, beer pitcher, and flag emojis to showcase the brand’s patriotism — and its love of beer.

Scandinavian furniture brand Ikea launched its own selection of emojis, which, it says, helps couples communicate at home. Ikea’s emojis include meatballs, furniture, and an Allen key (wrench). So the next time you’re struggling to assemble flat pack furniture from Ikea, you have exactly the right emoji — an Allen key — to send to your partner.

The Ikea emoji app has had over 10,000 downloads on Android. But users have complained that the emojis work more as separate images within a message. However the idea of an Ikea emoji has hit home, with the introductory video for the new emoji racking up almost 600,000 views to date.

In short, the appeal of emoji goes beyond younger enthusiasts. Emojis can make your message more eye-catching and instantly understandable.