Last year I addressed ways for ecommerce merchants to keep the momentum going in January. Tips include changing up the home page, using section headers, and running the best types of sales. It’s also important, though, to address concerns gathered during the holiday shopping season. Logging issues as they happen will help you gain a more competitive edge throughout 2017.

Now is the time to use a few easy methods to keep track of customer feedback when it comes to how your online store looks and operates. Consider a few of the following ways of documenting problems. Unless it’s a dire issue that needs immediate attention, don’t worry about brainstorming solutions. That comes later, after the holiday season is wrapped up and you’ve taken the appropriate break.

Browser bookmarks, favorites. When you encounter problems with your site, bookmark them. Save the bookmarks to a specific folder (for example, “website fixes”) and override the default name field (which is typically the title of the web page). You can also use third-party hosted tools to store bookmarks in collaborative environments. 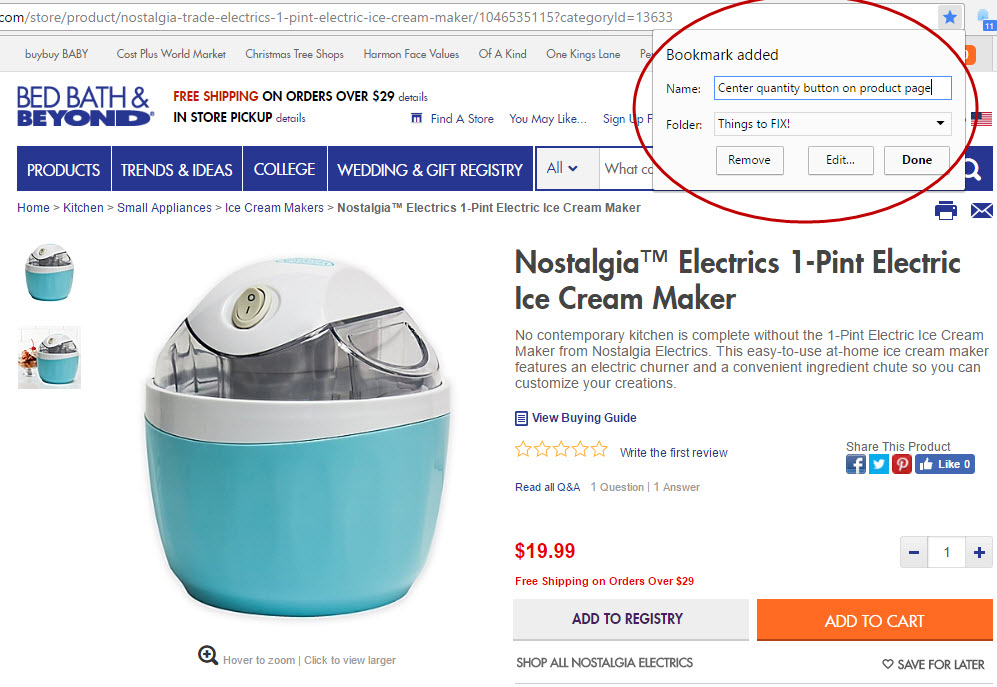 Use the browser’s bookmark tool to quickly create a list of issues to fix.

Annotated screenshots. I use Snagit, but you could use any screenshot grabber that allows for adding markup, including arrows, circles, and text. Take the time to name the completed files logically — you’ll save time later. 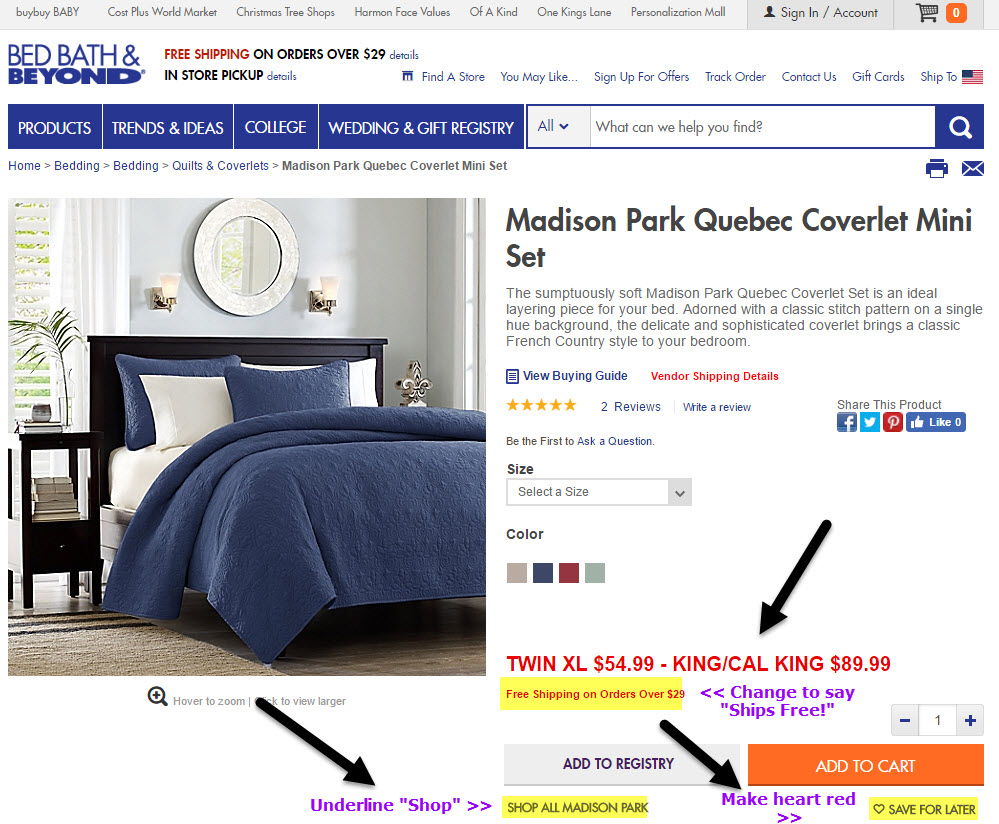 Annotate screenshots with the actual issues to be addressed. This will save time later.

Collaborative task system or Google Sheet. Don’t do all the work yourself. Your staff should also be taking notes and logging issues as they are reported. A team-utilized task system, or even a simple spreadsheet, not only means you’ll fix more of those little things that really bother people, you’ll gain valuable feedback from the people who speak with customers directly.

Social media posts. It is vital to study feedback posted on social media, and not just on your own company profiles and pages. If you aren’t using a social media listening tool, implement at least a basic one right now. That’s because many consumers won’t take the time to locate your profile to report to you directly. Instead, they’ll post via their own accounts to their own followers. Even if reaching out to the customer isn’t feasible (e.g., on accounts that don’t allow companies to respond), you can still take the steps to minimize problems for others.

For example, here’s a post I made the other day.  It’s a screenshot of the wait time (151 minutes) for a chat session with an online retailer. Had I named the company, and it had listening tools in place, it could have reached out to me to help right then, and also have my experience on file to address in the future. In this case, asking, “Why is the system conveying wait times of 151 minutes for an online chat, and why then is the consumer prompted to call in for this type of issue?” 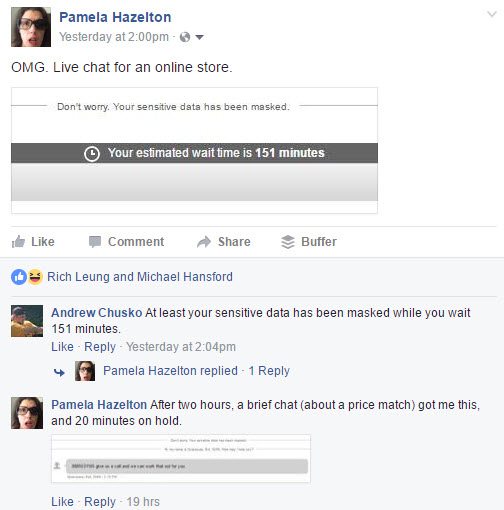 On social media, listen to mentions about your company, even if posts aren’t specifically directed to you.

Voice memos or reminders. Grab your smartphone and start taking audio memos or scheduling reminders, which can later be served as a simplified to-do list.

Capture video. After hearing of an issue, capture video — an easy way is to use your smartphone — of the problem. Speak about the hurdles while videoing. You can later watch and compile them  so they can be sent to the appropriate person, eliminating the need to spend time typing or talking on the phone.

When the dust from this busy season has settled, gather all your bookmarks, notes, and videos to be reviewed. Don’t forget that emails and online chats often contain common keywords, so be sure to search and compile discussions that include words and phrases like “problem,” “not happy,” “can’t checkout,” “ridiculous,” “lost a sale,” and “lost my business.” Callcentre Helper, an online magazine, has a decent list of many things irritated customers tend to say.

In short, take a few moments now to log what can be addressed later. It can help prepare your store for higher conversions and order values in the coming year.