One question I get asked a lot at Arqspin, my 360 product photo company, is, “What camera should I use for product photography?” With the right techniques, almost any camera can be used to take good product photography — even the camera on your smartphone. And if you’ve read “How to Take Gorgeous Product Photos,” my previous article, you’ll realize that getting good-looking product photography can be fairly easy and doesn’t require the most expensive equipment.

However, for those who are looking for the absolute best in image quality, performance, and features, I’ve put together a list of the top 10 digital single lens reflex — DSLR — cameras.

For producing product photos and videos, the main features of a DSLR camera that you should look for are the following. 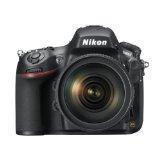 1. Nikon D800: $2,800. The current “King of Resolution,” the D800 features a full-frame 36 megapixel sensor, the highest DSLR resolution on the market. A “full-frame” camera means the size of the digital photo sensor is effectively equal to 35mm film, long considered the industry standard. But it’s not only about the resolution, this camera also provides high-quality video and a superb 51-point autofocus system. 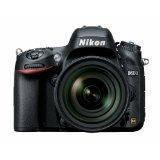 2. Nikon D600: $2,000 The D600 is Nikon’s entry-level full-frame camera that packs a very respectable 24 megapixels. The sensor is rated very high, being beaten only by the D800. Yet the smaller files — compared to the D800’s — will save hard drive space if you shoot a lot of images. 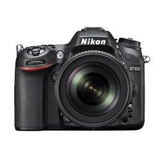 3. Nikon D7100: $1,200 The D7100 is one of Nikon’s best crop sensor DSLRs. In contrast to full-frame cameras, a “crop sensor” DSLR has a photo sensor that is smaller than standard 35mm film. However, this camera is packed with the latest technology and it’s also cheaper than the full-frame models. Nikon dropped the use of an optical filter in this model, which makes it more prone to undesirable moiré (or aliasing) patterns when shooting items with fine patterned detail. For clothing shots you might want to look at the D7000 or D5200 models.

Video mode on most Nikon camera can be easily activated by switching to “live view” on the back of the camera that shows both a “still mode” and “video mode” and then pressing the red record button on the top. 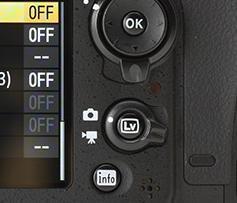 Most Nikon cameras have a "live view" switch for video mode. 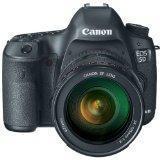 4. Canon EOS 5D MK III: $3,500. One of the most versatile cameras available, the Canon EOS 5D MK III is the successor to the 5D MK II, which made DSLR video popular. It has been used in Hollywood film production and TV studios. The MK III ups the video quality and features, so if your focus is on video, then the 5D MK III is for you. Its 22-megapixel full frame sensor also provides outstanding quality stills. 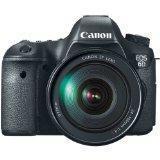 5. Canon EOS 6D: $2,000. This is Canon’s entry-level full-frame camera, but it has some nice features, such as WiFi. This enables you to control the camera through your smartphone and send your images directly to your computer. The 20-megapixel sensor provides great image quality in stills and video. 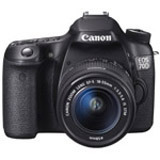 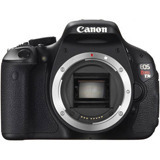 7. Canon EOS Rebel T3i: $500. The EOS Rebel T3i is an 18-megapixel crop sensor camera that’s one of the cheaper options from Canon. It may be lower in megapixel count but still features enough video options and high image quality to be a good choice for the budget conscious.

Most modern Canon cameras have a switch and button on the rear of the camera to enter video mode. 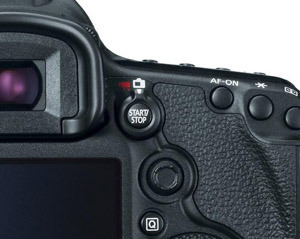 Most modern Canon cameras have a video mode switch. 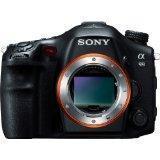 8. Sony ALPHA SLT-A99V: $2,800. While Sony hasn’t been in the market as long as Canon and Nikon, they make very good cameras and sensors. A lesser-known fact is that Nikon’s D800 and D600 use Sony technology. Sony’s top-end model, the SLT-A99V, features a full-frame 24-megapixel sensor with a whole host of video features. The camera offers good value but the system doesn’t have as many lenses available right now. 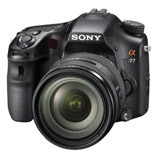 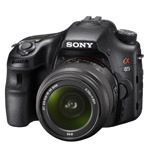 10. Sony ALPHA SLT-A65: $750. The SLT-A65 offers the same 24-megapixel sensor as the A77 but cuts down on the autofocus points and frames per second to give a less expensive package for those on a tighter budget.

Most Sony cameras have the video mode button at the top near the viewfinder, similar to where they are found on Canon cameras. The button requires a single press and has no switch. 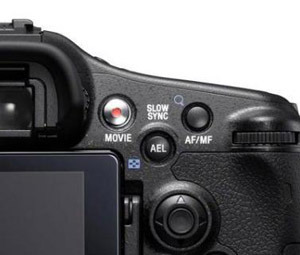 Most Sony cameras have a video mode button near the viewfinder.

If you have a solid budget to invest in product photography, the Nikon D800, Canon 5D MK III, or Sony Alpha A99V will provide the best image quality, highest resolution, and most features. While it’s always nice to have the best gear, if you don’t require large images for magazines or catalogs, then the differences in image quality offered by these cameras may not be worth the additional expense.

In that case, you may want to make a list of features that are important to you — like swivel screens and WiFi — and use them to prioritize. The final factors that come into play are the ergonomic design and user interface of a camera — test out several cameras in a store to see which feel the best.

The choices may seem daunting, but any camera in this list will give you the features and flexibility to produce terrific product photographs and videos.