Although it is certainly a bit of hyperbole to say that Ubuntu 11.04 will send Apple and Microsoft packing, ecommerce merchants may find that this new desktop operating system — which is free — is a viable alternative that may save money, improve security, and even provide a better environment for some kinds of web development and maintenance.

Ease of Use and Availability

In the past, Linux operating systems have generally been the realm of techies and developers, in part because installing them often required partitioning a hard drive or entering command-line code. But Linux is not actually as foreign as it might at first seem. In fact, many — if not most — online stores run on Linux-based web servers. Put another way, if a business is using Magento, WordPress, or any number of other PHP, Ruby, Java, or similarly based platforms, that business is probably using a Linux server.

As a desktop solution, Linux is far more rare, to be sure, but it is by no means hard to use. In fact, Ubuntu 11.04 seems to have been designed to make it easy for non-technical users.

Ubuntu 11.04, according to several published reports, is also expected to be available on some new computers, perhaps from makers like Dell, Lenovo, and Acer.

The most significant improvement to Ubuntu 11.04 is its Unity Desktop. Unity was originally conceived as a mobile smartphone and tablet operating system, but seems to fit well in a desktop environment too.

Unity’s three most noteworthy features are “The launcher,” “The dash,” and “Workspaces.”

The launcher is Unity’s equivalent of Window’s task bar and Mac’s Dock. The launcher is positioned along the left side of the page and will slide out of view when not in use. Applications can be pinned to the launcher for easy access. 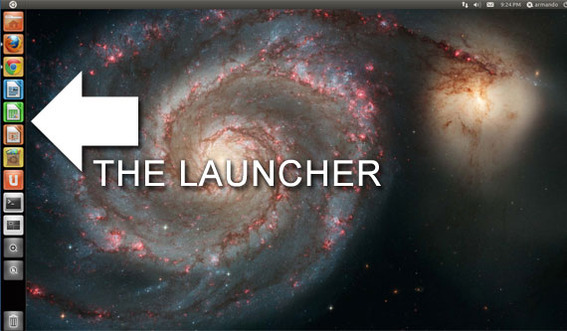 The dash, which is accessed when one clicks on the Ubuntu logo in the upper left, is a simple way to see application shortcuts and, also, the home of the operating system’s excellent search. I found this search feature to be the most efficient way to find applications. 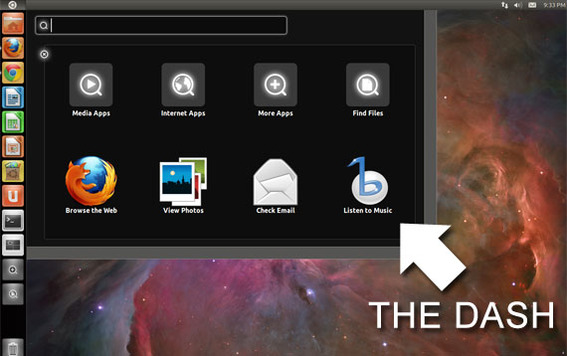 Finally, Workspaces allows users to have several views of the desktop. For example, you might have LibreOffice Writer (a Microsoft Word-like tool that is free with Ubuntu 11.04) open in one Workspace and several browser windows open in another. Workspace would allow you to view them separately, reducing desktop clutter. 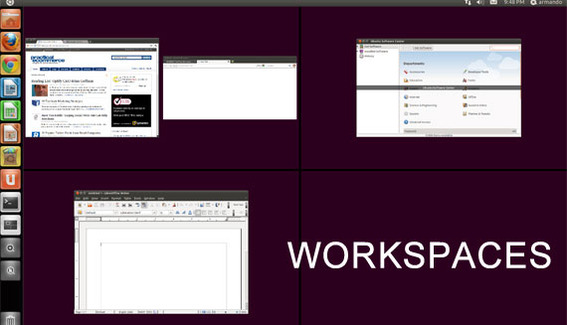 How Ubuntu 11.04 Could Save You Money

If you tried to purchase Microsoft Windows separate from a bundled computer it would cost you $299.99 for Windows 7 Professional.

In bundled systems, like the ones purchased from, say, Dell, the operating system is far less expensive, but it still costs something. Ubuntu 11.04 is completely free. This means that a merchant may be able to purchase new desktop computers that will ultimately run off Linux, for less than a similar Windows machine.

What’s more, Ubuntu may be able to give new life to older systems. For example, taking a Windows Vista or XP machine and converting it to Ubuntu, could extend its useful life by, perhaps, a year or more.

In addition to the potential for cost savings, Ubuntu, like all Linux operating systems, has very few virus problems, and is often run without anti-virus software. Linux, in general, has three basic advantages when it comes to viruses. First, it requires specific privileges to install files. This means that it will be very difficult for a virus to be loaded. Second, some versions of Linux programmatically deactivate files coming from the Internet, again helping to prevent infections. Third, because the operating system is still an up-and-comer, virus writers are not yet spending a lot of time trying to target Linux users.

Ubuntu Can Run PHP, Ruby, and Others

For ecommerce merchants that have in-house web developers, Ubuntu can also be a more efficient platform. For example, the popular Apache 2 server platform can be loaded directly on to Ubuntu 11.04, as can PHP, Ruby on Rails, and other scripting languages. This ability means that coders are able to have a web server running directly from the desktop.

The terminal, which is used for command line coding, is also readily available.

Ubuntu 11.04 is a user-friendly operating system that is a viable alternative to Windows or Mac OS. For some businesses, using Ubuntu 11.04 could result in a cost savings in the form of lower capital costs or extended usable life. Ubuntu also has far fewer virus or malware problems.