If you have ever played FarmVille, CityVille or Zynga Poker you’re in good company — 148 million other people in 166 countries play Zynga’s games monthly. And because people usually play more than one game each month, they account for 232 million monthly visits. All of this is disclosed in Zynga’s recent S-1 Registration Statement, describing the company’s intent to raise up to $1 billion via a public stock offering.

Founded in 2007 in San Francisco by serial entrepreneur Mark Pincus, Zynga started out with the premise that playing games would become one of the core activities on the Internet. Much of the company’s success can be attributed to being at the right place at the right time. The explosive growth of social networks has benefited Zynga because it allows players to find their friends online and play with them. We described all Zynga’s games earlier this week, in “18 Social Games of Zynga.” The games are hosted on social networks — Facebook, MySpace, and Yahoo! — but most players use Facebook. Pincus believes that games should be social and available anywhere and anytime. The advent of smartphones and tablets that can accommodate game playing may help Pincus realize his goals. 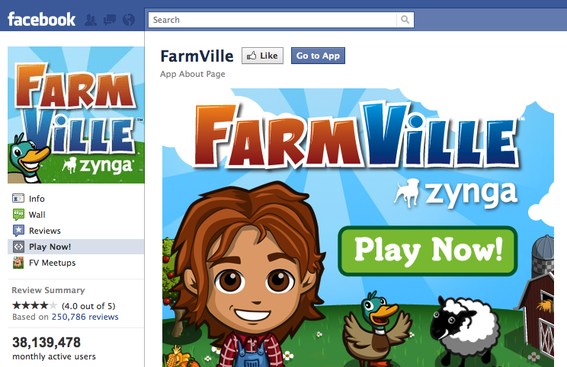 Indeed, Zynga’s S-1 Statement shows just how reliant Zynga is on one social network. “Facebook is the primary distribution, marketing, promotion and payment platform for our games. We generate substantially all of our revenue and players through the Facebook platform and expect to continue to do so for the foreseeable future. Any deterioration in our relationship with Facebook would harm our business and adversely affect the value of our Class A common stock. We are subject to Facebook’s standard terms and conditions for application developers, which govern the promotion, distribution and operation of games and other applications on the Facebook platform.”

Facebook has repeatedly changed the terms of its relationships with Zynga and other game developers. In 2010 it implemented more stringent policies that limited the promotion that Zynga can do to capture friends of existing players.

Zynga’s games are free. The company makes its money by selling in-game virtual goods and it is the first company to attempt to go public with revenues based on neither products nor services, just intangible make-believe livestock and buildings. How and when to recognize revenue when the company goes public is yet to be decided. The SEC doesn’t have rules for amortization or depreciation of imaginary goods so assessing the income statements should be challenging.

Because it is possible to play for free, Zynga relies on a small percentage of players for nearly all of its revenue. To sustain its revenue levels, Zynga has to continually attract new paying players or increase the amount players pay for goods. Therefore, Zynga spends a substantial amount of money on Facebook advertising to acquire new players. It spent $83.4 million on all advertising in 2010.

Zynga and Facebook, have a five-year agreement that requires Zynga to exclusively use Facebook Credits (virtual currency used to buy virtual goods in games on the Facebook site), and give Facebook 30 percent of all revenue it generates via Facebook. In-game items may also be purchased in Zynga’s own online store via gift cards.

No non-compete clause exists so if Facebook decided to offer its own games, Zynga would be in a very bad position. One way Zynga could dilute the stranglehold Facebook has on its revenues is to enter the mobile game arena, which is growing rapidly. However, developing games for mobile platforms is more difficult and time-consuming than doing so for the web. Additionally, Zynga would have to partner with telecom carriers and that might require relationships that are similar to what it has with Facebook, especially if the merger between AT&T and T-Mobile is approved. Zynga has stated that it intends to bring its games to the Apple iOS and Google Android mobile platforms. However, it admits, “We have limited experience working with wireless carriers, mobile platform providers and other partners whose cooperation we may need in order to be successful.” Zynga also acknowledges that it will need to branch out beyond payment via social networks to incorporate mobile payments. 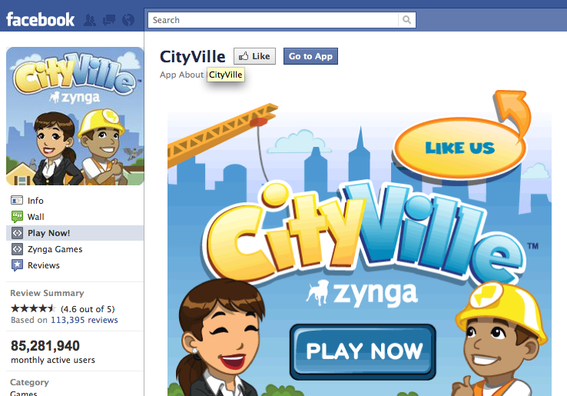 Zynga is a business that is almost totally dependent on one company for its revenue stream, and sells imaginary goods that normal accounting practices don’t accommodate. Nevertheless, it is expected be valued at around $20 billion when it goes public. Some observers believe this could be one of the most egregious examples of “unnatural exuberance” (the tug of irrational forces on financial investors) that the market has witnessed in a long time. In an economy that remains in the doldrums, will people continue to buy imaginary cows and real estate?

Zynga has been honest about its vulnerabilities and it will be interesting to see how potential investors react to the disclosures in Zynga’s filing.