Certified B Corporations Gain Ground in a Changing Business Environment

Consumers, employees, and investors increasingly seek socially conscious companies. B Lab, a non-profit organization, evaluates companies for “Certified B Corporation” status. The “B” stands for Benefit.

Certified B Corporations are for-profit companies that have been evaluated by B Lab, a non-profit organization, using rigorous social benefit criteria. (The “B” stands for Benefit.) The certification is becoming a competitive advantage as consumers, employees, and investors seek out companies that look beyond profits in how they conduct business.

Every B Impact Report is publicly posted on Bcorporation.net. Certified B Corporations also amend their legal governing documents to require their board of directors and officers to include in their fiduciary duties the interests of all stakeholders.

The first B Corporation was certified in 2007, and there are now 2,933 such companies in 64 countries. B Lab periodically re-evaluates companies. Thus, some lose their certification and others, such as Etsy, voluntarily give up the certification. Etsy did so in 2017 to maintain its status as a C Corporation. In the United States, 34 states — including Delaware, where most publicly traded companies are incorporated — have passed legislation supporting B corporations.

Why a B Corporation?

Expectations of the role of businesses in society are changing. Younger consumers (Millennials and Generation Z) assess the social responsibility of a brand when they make purchase decisions. They also evaluate potential employers based on their commitment to social causes and not harming the environment.

Millennials will sometimes work for a lower salary if a company is socially responsible. Both consumers and politicians have challenged the dominance of “shareholder primacy” in favor of stakeholder governance. Start-up investment firms are increasingly committed to funding B Corporations. Often businesses save money by becoming more environmentally conscious.

Leesa. This online mattress seller gives away one mattress and plants one tree for every 10 mattresses sold. It has donated over 35,000 mattresses to non-profit organizations, including homeless shelters and Habitat for Humanity. This statistic is displayed prominently on Leesa’s landing page. Leesa also encourages employees to volunteer with local organizations. The company also enlists consumers to sign up for its social-impact emails. 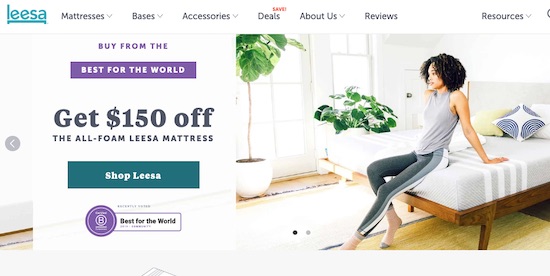 Bombas. Since 2013, Bombas, which makes and sells all kinds of socks, has donated close to 25 million pairs of socks to homeless shelters through its “buy one, give one” program. Bombas designed a sock for the homeless, including anti-microbial treatment to prevent odor or bacteria since the homeless usually do not have access to washing machines. 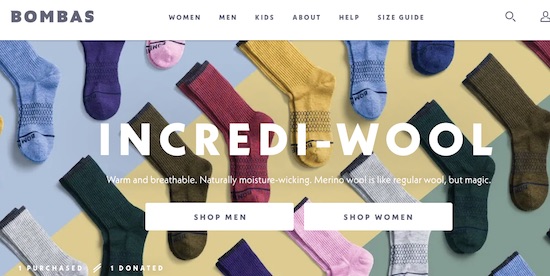 BeautyCounter. This company’s mission is to avoid harmful chemicals in its products. It publishes a list of 1,500 chemicals it never uses. It wants consumers to use safer personal care products, and it educates on how best to avoid harmful ingredients. BeautyCounter launched in 2013 with a direct-to-consumer model (through multiple channels). BeautyCounter’s products are now available through more than 25,000 independent consultants across North America, as well as online on its website.

Warby Parker revolutionized the purchase of eyeglass frames by mailing five of them to customers for a free try-on. Warby Parker then gives away one pair of eyeglasses for each pair sold. Its buy one, give one program has distributed over 5 million pairs. It also partners with non-profit organization VisionSpring in an international social entrepreneurship program that makes it possible for low-income men and women to acquire and earn a living by selling affordable eyeglasses. 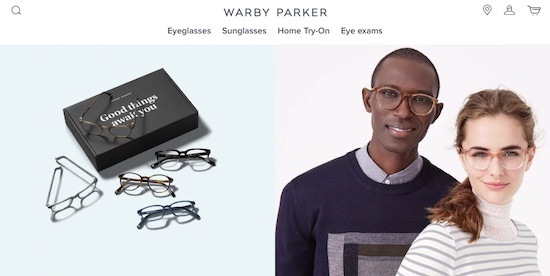 All the Wild Roses. This Australian online apparel seller was started by a young Vietnamese woman whose family emigrated to Australia. The company now employs seamstresses in Vietnam who sew artisanal garments. The clothing is made using deadstock and surplus fabrics. Additionally, with every purchase, in a partnership with Opportunity International Australia, All the Wild Roses provides micro-loans to women-owned businesses in third-world countries.

All the Wild Roses

Tentree. This Canadian lifestyle apparel brand plants 10 trees for every item purchased. It was founded on the premise that every consumer wants to know that they are contributing to the well-being of the planet. The company works with a variety of non-profits, educational groups, and organizations worldwide to ensure that their planting efforts impact local communities. To date, they have planted over 25 million trees with a goal of planting 1 billion trees by 2030.

Better World Fashion. This Danish company expands sustainable fashion beyond cotton. It has created the first collection of leather jackets made of 98 percent recycled materials using leather, linen, and metal. Jackets are either sold (with a buyback guarantee) or rented. 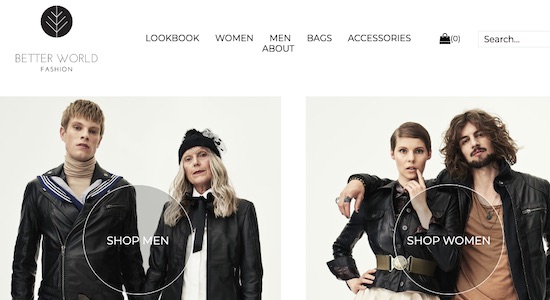