Covid and the Long Tail

An interesting development is happening on the way to retail recovery during the Covid pandemic: Brands and retailers are cutting back on the breadth of products they make and sell.

In August 2020, for example, Todd Kahn, president and interim CEO of Coach, announced during an earnings conference call that the brand would slash the number of products it offered this holiday season.

“Over the last five months, we have taken a dramatically more critical lens to the SKU proliferation and inventory churn. For this upcoming holiday season, we’ve shrunk our SKU count by approximately 50 percent. We believe that this reduction is key to greater productivity and clearer brand messaging to the consumer,” Kahn said. 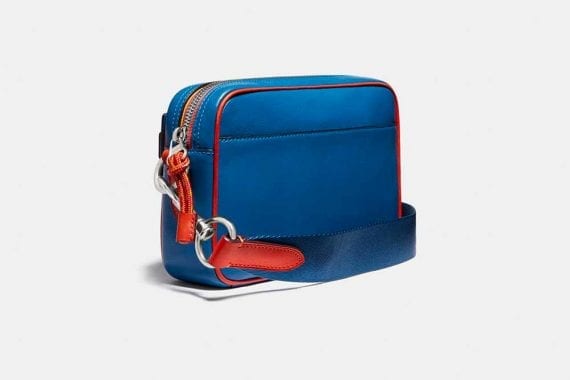 Coach, the maker of this bag, is reducing the number of styles it produces.

Reducing the variety of handbags, can openers, and towels simplifies supply chains and focuses on items with mass appeal.

Imagine an omnichannel retailer selling everything from dog food and hay to clothing and footwear. The company has a good, better, best approach toward most product categories. In the footwear department, this can be seen in the number of work boots available. Here is an example.

This retailer keeps a “size run” of each work boot at all 15 stores and at its two ecommerce fulfillment centers. Thus it needs at least one pair of work boots from size five to 14 in each style at each location.

It also doubles up on popular sizes from nine to 11. So it must carry a total of 13 pairs per run, times three styles multiplied by 17 (15 stores and two fulfillment locations). Bottom line, each initial stocking order consists of at least 221 pairs of work boots per style.

As such, the example retailer is investing $41,769. Fill in orders would follow, replenishing each location’s size run as needed. If every boot in the initial order sold, the business would earn $51,044 in gross profit.

The coronavirus, however, exposed at least one potential problem with this approach: What if the supply chain is disrupted?

Two pairs of size 10 at each store might not be enough. The retailer could sell out of these popular sizes and miss sales opportunities while holding 51 pairs of size 14 work boots chain-wide, which is likely too many.

If this hypothetical retail chain focused on just the “better” option, it could purchase something like 714 pairs for the same $41,769 investment. It would have less product breadth but a lot more depth. There could be something like 10 pairs of the relatively more popular size 10 work boots at each store. If every boot in the initial order sold, the chain would generate the same $51,044 in gross profit while avoiding the purchase of additional sizes and the associated shipping, logistics, and warehousing costs.

This retailer could sell more of less and make more money.

But selling more of less is the opposite of what some retail businesses might expect.

In October 2004, author and entrepreneur Chris Anderson introduced us to “The Long Tail.” Two years later, he produced his now-notable book, “Long Tail: Why the Future of Business is Selling Less of More,” which is the opposite of selling more of less.

“An average record store needs to sell at least two copies of a CD per year to make it worth carrying; that’s the rent for a half-inch of shelf space. And so on for DVD rental shops, videogame stores, booksellers, and newsstands,” wrote Anderson in his famous Wired magazine article 16 years ago.

“Vann-Adibé hints at them with a question that visitors invariably get wrong: ‘What percentage of the top 10,000 titles in any online media store (Netflix, iTunes, Amazon, or any other) will rent or sell at least once a month?'”

Most folks guess 20 percent, but the answer is 99 percent. Songs have a long tail, meaning that many, many songs will sell.

Anderson and many others in the industry have argued that Amazon’s success, in part, is due to the long tail — you can find several thousand different handbags, more than 1,000 different can openers, more than 10,000 different styles and colors of bath towels, and something like 30,000 styles of work boots.

Nonetheless, not every business is Amazon. Moreover, Amazon doesn’t fund the items in its marketplace — the participating sellers do. If it were forced to purchase all of the inventory offered on its site or if it experienced circa 2020 supply disruptions, Amazon might reduce SKUs, too.