Influencers have the power to help drive ecommerce sales the way old school media did in years past.

Think about advertising in the 1950s United States. The nation had emerged from World War II. The economy was growing, and popular culture included many forms of mass media.

Television programs had huge and engaged audiences. And those audiences were for sale via commercials. Buy a few clever ads, run them on a popular show, and sales would pour in.

Advertising on television and other mass media was successful because of the audiences. Today, the same thing may be true for influencer marketing.

Some three minutes into a 10-minute video about why Luke Skywalker could make a surprise appearance this season on the Star Wars series “The Mandalorian” on Disney+, influencer Erik Voss, a screenwriter and comedian in Los Angeles, takes two and a half minutes to pitch Vessi shoes. 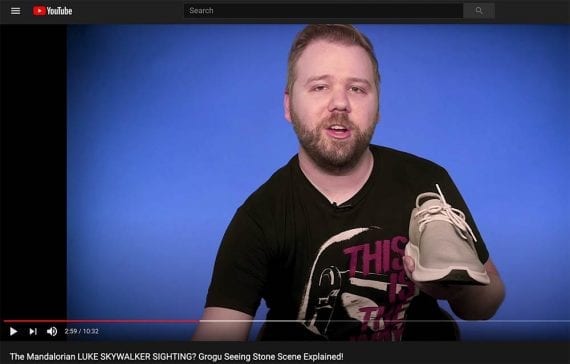 The video is part of the regular programming on the New Rockstars YouTube channel (“What The Internet Cares About Right F***king Now”), run by Voss and Filup Molina, an actor and producer. At the time of writing, the channel had 2.66 million subscribers. The Luke Skywalker video had been viewed half a million times.

Vessi sponsored the video, included an affiliate link, and created a coupon code so that Voss’s audience could get $25 off. Vessi Footwear Ltd. did all of these things because Voss could introduce them to a desirable audience that is likely to buy.

In this way, there is a close analogy between traditional television campaigns and influencer marketing with folks like Voss. Thus, the feelings of advertising nostalgia.

The next question might be how does a modern ecommerce company employ influencer marketing in the same way that Madison Avenue’s men and women did in television advertising’s golden age?

Influencer marketing, within the ecommerce context, may be exceptionally good at two types of campaigns: coupon codes and contests.

Coupon or discount codes are a staple promotion for many ecommerce businesses. They work well within the influencer marketing space.

The code can be specific to the influencer. Voss’s code was “NEWROCKSTARS,” the name of his YouTube channel. Vessi knows that any time this code is used, the shopper must have seen one of Voss’s promotions or at least influenced by it.

The description on YouTube of the New Rockstars’ Mandalorian video includes the Vessi coupon code, “NEWROCKSTARS.” Voss also repeats it in the video.

This coupon code could have been more specific. For example, Vessi might have used “NRHOLIDAY25” where “NR” identified the New Rockstars, and the rest identified its holiday campaign. In this way, the company could distinguish holiday promotions from ads run at other times of the year.

This could be significantly better than just sharing coupon codes on social media because Voss makes a very personal pitch for Vessi. Remember, he devoted about 25 percent of his total video run time to promote the shoes.

He is seen holding them, wearing them, and enumerating all of the reasons his audience should buy them.

“Vessi makes these knit sneakers that are 100-percent waterproof and weatherproof,” Voss says. “They are super breathable…they don’t let any liquid in, but they also let the air move out, and they have this anti-microbial insole to keep your footsy smelling good, like Keanu Reeves good.”

Remember, this sort of promotion lasts two and a half minutes. And the Vessi home page features holiday images that complement Voss’s message. 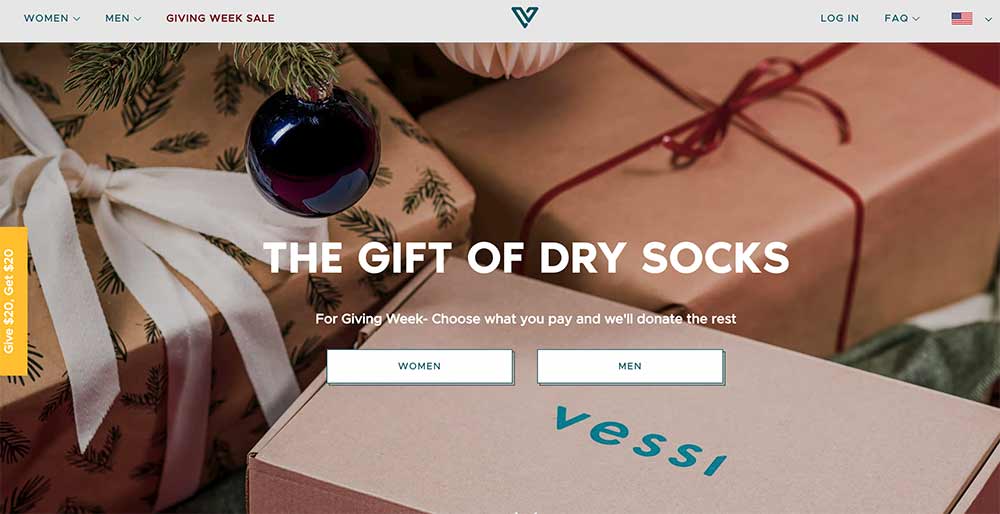 The rationale for combining coupon codes with influencers also applies to contests, although the goals could be different.

For coupon or discount codes, the advertiser is looking for conversions. With contests, the aim could be to raise brand awareness with the influencer’s audience or capture some of that audience for one’s own business.

Imagine, for example, that Vessi decided to run a contest with the New Rockstars. The direct-to-consumer company could set up a contest landing page, and Voss could promote the contest like he promoted the coupon code.

When one of Voss’s audience members visited the site to enter for a chance to win, say, a lifetime supply of travel sneakers, she would need to provide her email address and text number, agreeing to receive marketing messages in the future. The 1950s Madison Avenue folks would be proud.