Twitter is not the largest social media platform. It doesn’t have lots of pictures, and your competitors may not use it. Nonetheless, Twitter can connect a business to Millennial and Gen Z mothers.

Let’s be clear. Pinterest, Snapchat, Facebook, and Instagram are the social media powerhouses of mom marketing. But thanks to its authority as a news-oriented platform, Twitter can augment an ecommerce company’s efforts to attract mothers, especially in organic reach, email and SMS list growth, and brand building.

There are at least four reasons mom-focused ecommerce marketers should consider Twitter.

News. First, Twitter is the news and trends platform. When the war broke out in Ukraine, newscasters on CNN, Fox News, and local television were more likely to quote Twitter as a source than any other social media platform.

In an article for Editor and Publisher, Rob Tornoe of the Philadelphia Inquirer wrote, “Twitter remains a powerful tool for journalism, especially when it comes to breaking news. Following the right experts or local voices can enhance your beat reporting.”

Tornoe is arguing that Twitter is a news source. This is consistent with a survey from market research firm GWI, which found that 78% of mothers queried used Twitter as a news source, and 63% used it as a place to find parenting tips and advice. The same GWI survey also found that Twitter was particularly popular with Gen Zs (teens and 20s) for news.

Engagement. Second, lots of mothers are engaging on Twitter. Consider just a few mom-related accounts with follower counts as of October 2022.

To be certain, Modern Mom, Amy Lupold Bair, and Parenting are also engaged on other social media platforms, but they each have enviable accounts on Twitter, too.

Some “64% of consumers who use Twitter Communities and Topics in the U.S./UK would like their favorite brands to be more engaged in this space,” wrote the authors of the GWI report.

It’s easy to test. An online shop could pick its top five competitors and look them up on Twitter. What sort of a presence do they have?

If like so many brands, those competitors are not using Twitter well, it could be an opportunity for the business to attract a more significant share of voice on the platform. 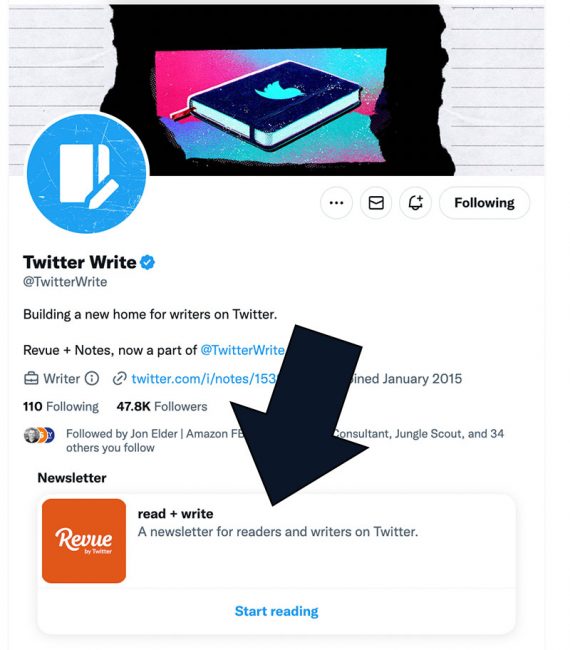 Via its Revue newsletter service, Twitter allows the placement of an email subscription form directly on a company’s profile page.

In the first case, Revue newsletter subscription forms can appear directly on a Twitter profile. A Twitter reader can subscribe to an email list with a single click. And you don’t have to use Revue as your company’s ultimate newsletter provider. Zapier or Pollenate can quickly transfer the subscriber’s info to your primary email vendor.

Second, tweet threads, one of the most powerful ways to engage on Twitter, should provide so much value to your readers that you can ask for an email or SMS sign-up toward the bottom of the thread.

In each case, a company can use a Twitter account to build engaged lists with your mom subscribers and sell products, too.

Though it represents an ecommerce opportunity, Twitter does take time.

It is much more of a community than other social media platforms, requiring a bit of tending. Here’s a recipe for attracting mothers.