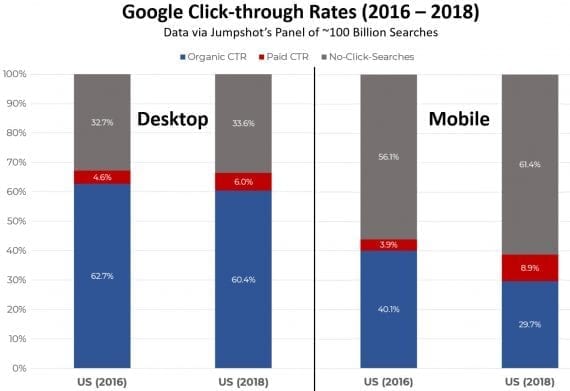 Roughly a third of searchers on desktop computers click on nothing, even two years ago. Presumably, those searches have their questions answered by one of Google’s Answer Boxes, in position zero, or by reading another description on the page, as shown in the screenshot below for “how to clean leather.” 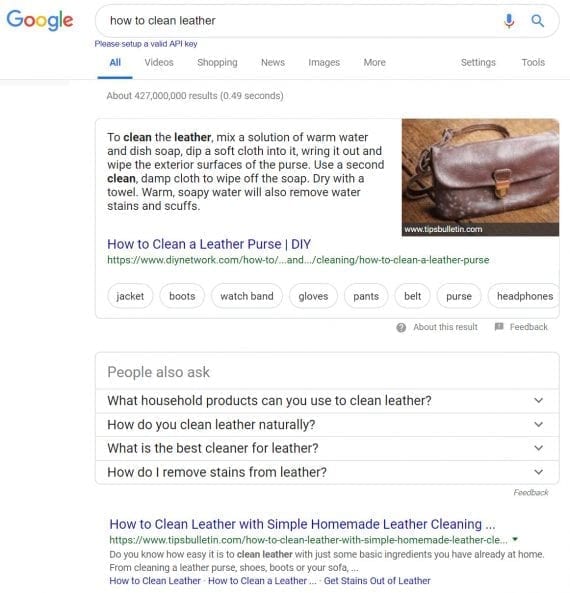 Google’s Answer Boxes address searchers needs, resulting in fewer clicks on ads or organic listings. An example query is “how to clean leather,” shown above.

However, on ecommerce search results, Answer Boxes are scarce. The screenshot below is for a search on “soft leather couch.” 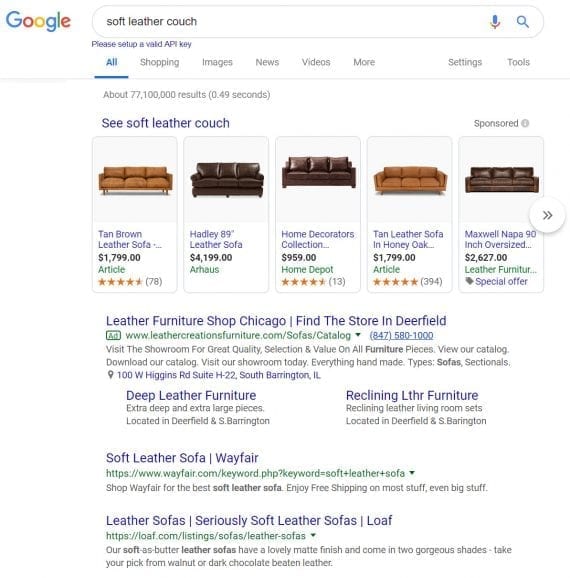 The difference is much more noticeable on smartphones, where the first screen of most search results is consumed by ads, Answer Boxes, pop-out videos, and listing types other than natural search. 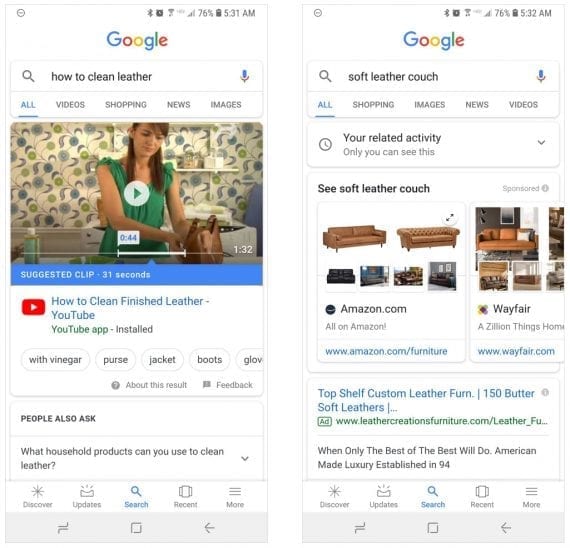 The mobile informational search at left, (“how to clean leather?”) and the mobile ecommerce search at right (“soft leather couch”) produce different results than on desktop searches.

It’s clear, in other words, why more mobile users do not click on anything. And considering that more than half of all Google searches are now on mobile devices, a larger section of the population is behaving in this way.

What does this mean for search engine optimization? Is SEO dead, as has been asserted in the past?

No. As long as people search, regardless of the platform or device, there will always be value in optimizing content and technology to target those searchers. What it does mean is that SEO practitioners need to get smarter about their tactics.