Search engine optimizers often use the terms “answer box” and “featured snippet” interchangeably. Both are quick answers or summaries at the top of Google’s organic search results.

And yet there’s a big difference.

For example, search Google for “how tall is the Eiffel tower.” The top result is an answer box — a factual response —  with no source citation as it’s a known fact.

Answer boxes provide factual answers to queries, such as “how tall is the Eiffel tower?”

Next, search for “how long to climb the Eiffel tower.” The top organic listing is a featured snippet, a short paragraph based on the author’s experience, and linking to the source.

Featured snippets are authors’ experiences and opinions and link to the source URL. This example is a reply to “how long to climb Eiffel tower?”

But overall, featured snippets are opportunities for publishers. Answer boxes are not. 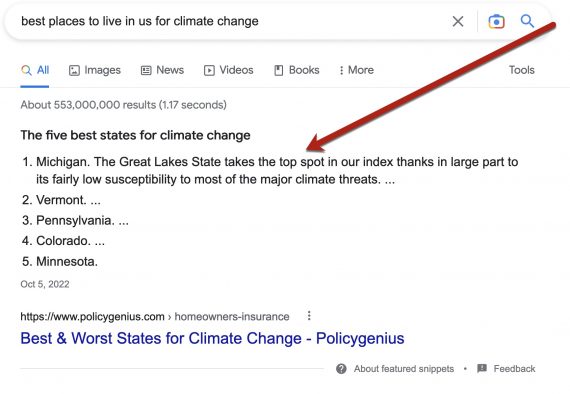 Featured snippets as lists reply to queries implying an enumeration, such as “best places to live in U.S. for climate change.”

Each type of featured snippet can include an image, which may come from a different site, not the featured one. Images within snippets are enlarged when clicked, inviting the searcher to that site — a traffic-building opportunity. 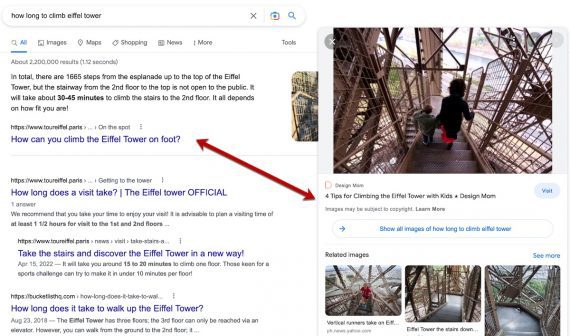 Images within featured snippets are enlarged when clicked, a traffic-building opportunity.

To increase a site’s chances of appearing in featured snippets:

To know its organic position when a page is featured, add &num=0 to the URL. This forces Google to generate “normal” SERPs with nothing featured. 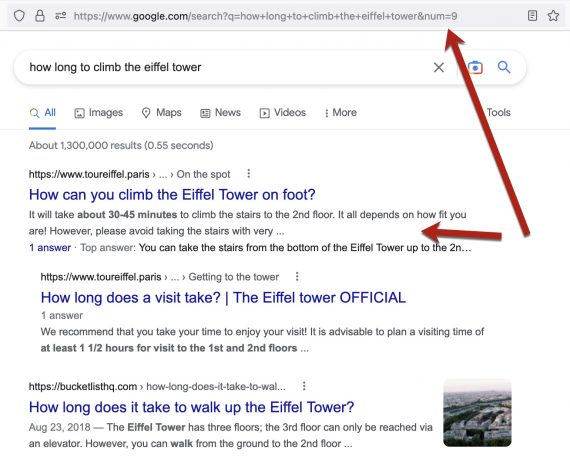 To know its organic position when a page is featured, add &num=0 to the URL.

Answer boxes appear in many forms and styles — lists, numbers, images, and include “People also search for” results.

Answer boxes do not link to publishers. The boxes do not drive traffic and, moreover, are likely diverting clicks. Thus avoid optimizing keywords that trigger answer boxes.

Not every answer box is strictly factual. Some are subjective, such as a reply to “best place to retire in Florida.” That query generates an answer box despite relying on opinions. 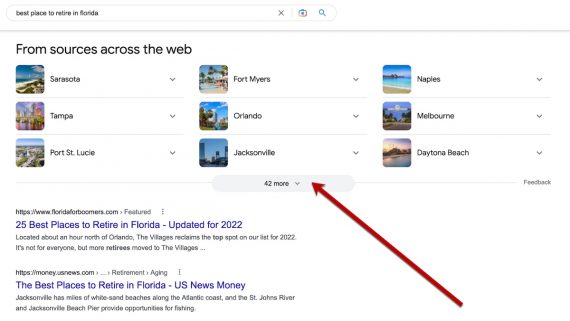 Some answer boxes are subjective, such as this reply to “best place to retire in Florida.”

Images provide the only traffic opportunity from answer boxes. Thus image optimization is a key tactic for featured snippets and answer boxes. 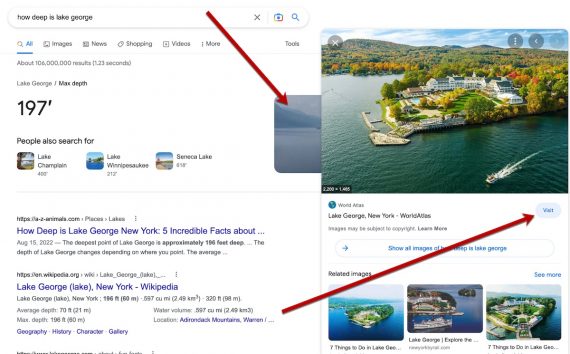 Image optimization is a key tactic for both featured snippets and answer boxes.