The Power of Customer Testimonials for Ecommerce

Customer testimonials can be a powerful, conversion-boosting, profit-driving tool for ecommerce companies. You just need to collect and share them.

There are many reports touting the impact of customer reviews and testimonials on consumer buying decisions. One of the most often cited is a 2012 Nielsen release. It stated that 92 percent of consumers trusted product recommendations from people they knew. Some 70 percent of respondents trusted online reviews of products even when they did not personally know the reviewer. 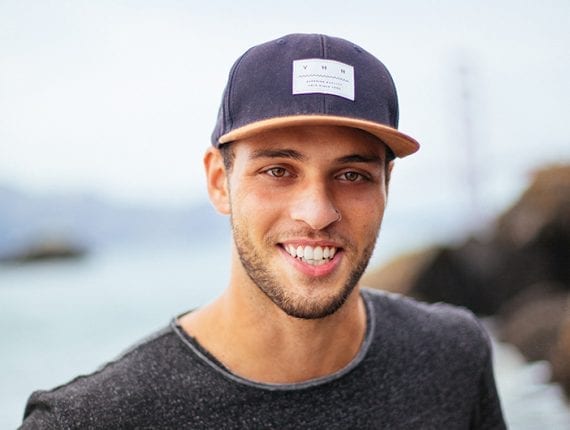 The key principle driving the effectiveness of customer testimonials may be consensus. In this context, consensus is the idea “people will look to the actions and behaviors of others to determine their own…especially when they are uncertain,” according to the Influence at Work website in a description of Dr. Robert Cialdini’s six principles of persuasion.

“You may have noticed that hotels often place a small card in bathrooms that attempt to persuade guests to reuse their towels and linens. Most do this by drawing a guest’s attention to the benefits that reuse can have on environmental protection. It’s a pretty effective strategy, leading to around 35-percent compliance. But could there be an even more effective way?”

“Well, it turns out that about 75 percent of people who check into a hotel for four nights or longer will reuse their towels at some point during their stay. So what would happen if we took a lesson from the Principle of Consensus and simply included that information on the cards and said that 75 percent of our guests reuse their towels at some time during their stay, so please do so as well. It turns out that when we do this, towel reuse rises by 26 percent” to about 61 percent, again according to the Influence at Work site.

Thus, if your potential customers are not sure about your ecommerce brand or the products your business sells, a testimonial may provide the consensus they need to make a buying decision.

Personal testimonials or stories are a common way to communicate ideas. They are the parables of old, and they work because the listener or watcher can empathize with the storyteller and imagine taking similar action.

I recently attended my son’s high school wrestling practice. The head coach was describing the power of positive thinking to his team. He wanted the wrestlers to begin reciting positive phrases every day. These phrases would be things like “I am great at taking my opponents down,” “I am an excellent leg rider,” and similar.

To stress the power of this sort of personal mantra, Wade, one of the assistant coaches, told a story which is paraphrased here.

When I was in my twenties, my friend Rex got me interested in competitive archery. He taught me the best way to hold the bow. He taught me how to sight the arrows, everything.

I would go into my backyard and practice archery for hours day after day. And as is always the case with practice, I got pretty good.

I got so good that about three-quarters of the way through a competition, I would be shooting perfect, and I would be ahead of Rex. But coming into that last target, Rex would stroll by and say, “You’re doing pretty well, Wade. As long as you don’t blow it, you’ll win this thing.”

And I would fall apart. I would get so tense, so worried about not being perfect, that I would miss and Rex would win.

He would do this to me every time. This went on for a whole season. So I started speaking positively to myself. I would be in my backyard practicing, and I would pick up an arrow and say to myself, “I am better than Rex Rosenbaum, and I finish tournaments better than I start them.” It was not accurate, but that’s what I told myself.

I would grab the next arrow and say, “I am better than Rex Rosenbaum, and I finish tournaments better than I start them.” I’d fire. Then I would grab another arrow, and say it again, and again.

And you know what? The next season, as I was beating Rex at a local competition, he walked up to me just before the last target and said what he always said, “You’re doing pretty well, Wade, as long as you don’t blow it, you’ll win this thing.” But I repeated, “I am better than Rex Rosenbaum.” And that day I was. I won, and I never lost to Rex again.

Wade’s story provided a suggested behavior that they could follow to success.

The secret to collecting usable customer testimonials is to ask.

Often customers are proud of the purchase decisions they make and the products they own, so they are happy to share.

There is a direct-to-consumer electric bicycle company in Seattle that uses a process for acquiring compelling testimonials. You can use this approach for your business too.

First, the company follows up each sale with a Net Promoter Score survey. This short survey helps the company identify those customers who are the most likely to recommend the company and its products.

The company also asks customers an open-ended question about their buying experience and about the product itself. When you look at the written responses from the most satisfied customers, you often find the elements of a story.

A good testimonial will include people, a place, a purpose or goal, and a plot of sorts. Look back at the story the assistant coach, Wade, told the wrestling team. There are people (Wade and Rex), places (a backyard and archery competitions), a purpose (to win those competitions), and a plot describing how Wade won.

When the staff of the aforementioned electric bike company finds some of these elements present in a customer’s response, they call the customer and ask for a testimonial, which, for this company, is typically a three-to-five minute video.

Once your company has a testimonial — text or video — you should share it much the same way that you would share or distribute other forms of marketing content.