Last month I covered the basics for getting started in email marketing, such as building subscribers and selecting a provider. In this post, I’ll address metrics for analyzing performance.

An email service provider will begin accumulating performance data almost immediately after a deployment. The data will taper off within 72 hours as most recipients will have by then engaged or ignored.

Bounce rate. Nearly all email deployments have bounces — classified as “soft or “hard.” A soft bounce is a temporary block on email delivery, such as the recipient’s mailbox is full. Hard bounces are permanent. Deleted email addresses are a common hard bounce. Most providers resend soft bounces three times in 24 hours, eventually classifying them as hard bounces if needed.

Bounce rates fluctuate based on the age of a list and the frequency of deployments. Frequent emails typically have lower bounces because providers can identify and remove the bounced email addresses more often. In my experience, most ecommerce lists have a bounce rate of roughly 1% (or less). A dormant list, however, could see 5% to 10%.

Delivery rate is the percentage of emails deployed, minus bounces, divided by the total. A deployment with five bounces to 100 subscribers would have a 95% delivery rate. Thus the bounce rate plus the delivery rate should equal 100%. Most delivery rates are 98% to 100%. Delivery rates do not measure inbox placement. A 99% delivery rate could mean 25% to the primary inbox and 74% to the spam folder. Unfortunately, I know of no software that accurately tracks emails delivered to spam or secondary folders.

Open rates. Email providers insert a tiny, invisible image in every deployment. A recipient who downloads that image is an “open.” It’s an imperfect system. Recipients who do not download images (such as smartphone users) would not historically register as opens.

However, Apple upended the tracking of email open rates in the fall of 2021 with its Mail Privacy Protection feature in iOS 15 mobile-device software. Apple no longer discloses image download info. Instead, all users who enable MPP are classified as an open, regardless of their engagement.

But the impact of iOS 15 on reported open rates is less than many expected. Most marketers are experiencing only small increases in reported opens. Recipients who read emails on laptop computers and non-Apple mobile devices are unaffected.

Open rates fluctuate based on the audience, subject lines, and timing. I’ve seen ecommerce open rates ranging from the low single-digits for a subscriber acquisition campaign to over 50% to a targeted, engaged audience. Triggered emails such as transactional messages and important notifications usually have the highest open rates.

This sample email deployment shows a high open rate of 29.6%. However, the audience was small — just 54 recipients — and highly targeted. Click image to open.

Click rates are an indicator of recipients’ interest in the email message. Measuring clicks is precise, unlike opens. Unique clicks are the number of clicking recipients. Gross clicks track the total volume. For example, 100 recipients who clicked on an email five times each would represent 100 unique clicks and 500 gross.

Promotional emails experience lower click rates. Transactional and triggered emails, such as abandoned cart notices, have the highest. Plus, an email’s call to action strongly influences clicks. Some emails convey info entirely in the message, which requires no click. 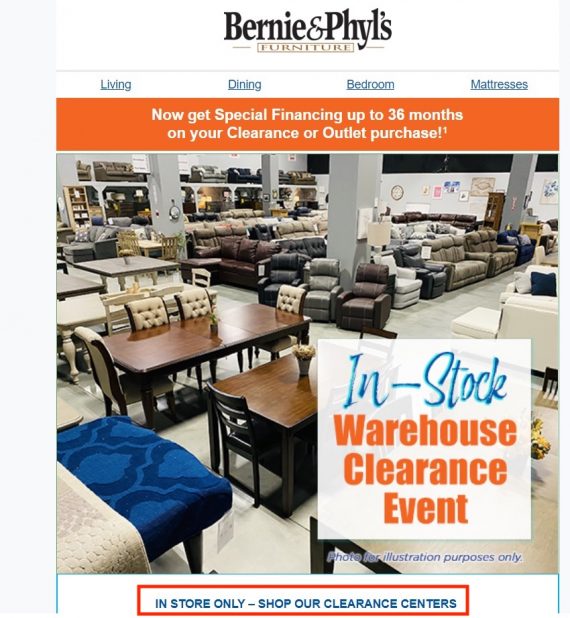 Unsubscribe rate is the percentage of recipients who click an unsubscribe link divided by the number of emails delivered. (Unsubscribes are not included in an email’s click rate.) Ecommerce unsubscribe rates are usually under 1%, although initial deployments to new subscribers can be higher. Spikes in unsubscribe rates require immediate action. Changes in frequency, audiences, or message content are common culprits.