5 Reasons to Consider Ubuntu for Your Small Business

Ubuntu is a Linux-based operating system focused on ease of use, simplicity, and security. This operating system is a good alternative to either Microsoft Windows or Apple’s OS X, and may help small businesses get improved performance while saving money.

Although some small business owners and managers will not be familiar with Ubuntu or Linux, on which it is based, both have good reputations and excellent track records.

For example, a W3Techs survey conducted in August 2011 found that 63.9 percent of the top one million severs run on Linux, making it the dominant server operating system, similar to how Google is the dominate search engine. Separately, the Top500 project reported in November 2011 that 91.4 percent of the world’s top 500 supercomputers run on Linux.

There are expected to be 20 million new computers running Ubuntu in 2012, demonstrating the operating system’s growing popularity — its desktop version is certainly worth considering. If you still need more convincing, five reasons that any small business should consider Ubuntu are just below.

Stop Worrying About Viruses, Trojans, and Other Malware

Ubuntu is essentially free from viruses, trojans, and just about every other kind of malware you imagine.

Windows users have had to supplement their systems with virus protection suites from Symantec, McAfee, Kaspersky, Sophos, or similar providers for many years. These essential and effective software solutions might cost a small business hundreds of dollars per year.

Likewise, Mac users now have to purchase anti-malware software. Fakeflash, as an example, may have infected 60,000 Macs in April 2012.

But this is not necessary with Ubuntu. Linux, and Ubuntu with it, has had very little virus activity, and since a password is required to make any real change to the operating system or install any software at all, users have to be really fooled to accidentally download malware. The operating system also includes built in anti-virus protection, anti-phishing protection, and an available firewall — all included.

Ubuntu, after all, has been around for seven years and hasn’t had a virus issue.

Ubuntu is generally lighter weight — in terms of hard drive storage — than Windows or OS X. It also tends to perform better than the mainstream alternatives.

This smaller size and better performance has two important implications for small business.

First, Ubuntu will probably run faster on a new computer. As an example, in February 2012, computer magazine Tom’s Hardware compared Ubuntu 11.11 to Windows 7 in a series of benchmark tests. Ubuntu generally performed as well or better than Windows did.

In a similar comparison of Ubuntu and Mac OS X that Phoronix conducted in February 2012, with the exception of video game graphics Ubuntu performed as well or better than Mac OS X in most benchmark tests.

Second, because of its better performance and small footprint, Ubuntu can run well on older hardware. Some users find that old Windows machines that could not effectively support Windows 7 or the forthcoming Windows 8 run Ubuntu very well. This means that small businesses might be able to put off capital investments in new computers simply by making the move to Ubuntu.

Perhaps the greatest challenge with switching from Windows to Ubuntu is the fear that familiar software will be unusable. This is especially troublesome for some proprietary business solutions or key pieces of creative software, like Adobe’s Photoshop.

Although it is not a perfect solution, some Windows software can be made to run on Ubuntu using WINE an open source tool. Programs like Photoshop run pretty well in WINE. Other software may run a bit slower on WINE, if at all.

Put simply, software should not be a barrier to considering Ubuntu.

Get Lots of Helpful, Free-to-Use Software

There is a lot of great and free software available for Ubuntu. The operating system had its own app store of sorts long before Apple opened one.

There are several solutions that offer reasonable replacements for Microsoft Office, including LibreOffice, which I used to compose this article.

There are development tools, graphics editors, audio and video editors, RSS readers, and just about every other kind of software you can imagine available for quick download at no cost to a small business. 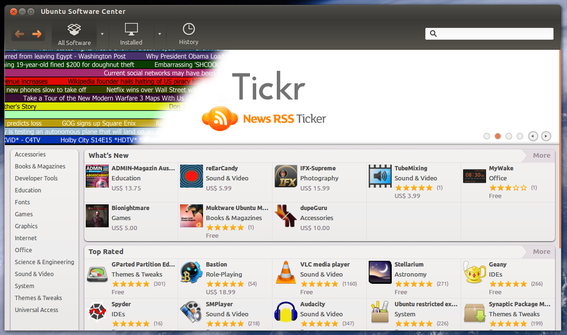 Ubuntu has a built in Software Center.

Lastly, Ubuntu desktop is not just for technophiles and uber geeks. The operating system is clean and as easy to use — perhaps even easier — than its mainstream competition.

Accessing the Internet, working with spreadsheets, or composing documents will certainly be a little different in Ubuntu than it is on Windows or on Mac OS X. But it will not be harder. 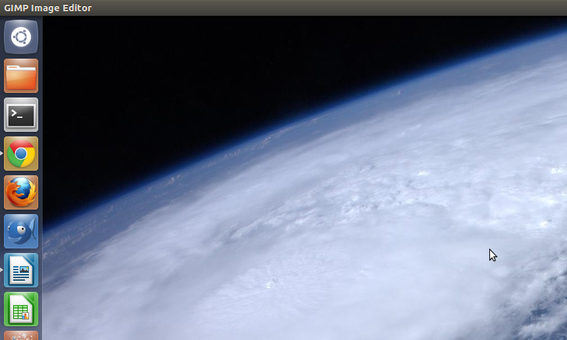 It would be an overstatement to say that Ubuntu is much better than Windows or Mac OS X. Fans of these mainstream operating systems will certainly be able to make long lists of features that they like better.

But for some small businesses, moving to Ubuntu could provide a significant improvement and cost savings. For example, just eliminating the expense of buying virus protection might make a difference. Or how much would a business save in ten years if each computer lasts an extra 18 months?