How to Reduce Picking and Packing Errors

The picking and packing of ecommerce orders can be repetitive, mistake-prone work. But a well-designed workflow, using complementary software, can help reduce mistakes, provided that it supports the employees doing the work — not frustrate or hinder them.

This article will explain how to design a picking and packing process to reduce errors.

One of the most effective methods of eliminating errors is the Japanese idea of “poka-yoke,” which involves designing workflows to eliminate errors — not relying on the operator to do it. An example is the three-pin electrical plug. It could have been designed with three symmetrical pins in a circle, or three pins in a straight line. But both require thought and care to plug in correctly. The actual design uses three non-identical pins arranged in such a way it is impossible to get wrong. It requires no thought to use.

We use this principle in our fulfillment centers by barcoding all our storage locations. Our software won’t let an operator continue with a pick until he or she has scanned the correct location, forcing the operator to be in the right place before receiving the product details. 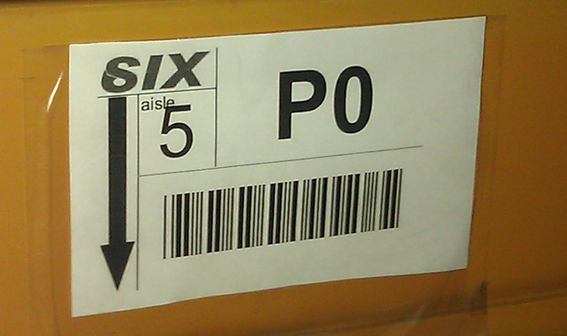 By placing barcodes on storage locations, a warehouse employee must first get to that location before he or she receives additional picking details, such as the product name and the quantity.

We also use images to reduce eye and mental fatigue. The human brain does not typically work in a linear fashion, which is why humans often find maps or graphs preferable to wordy descriptions. An overload of text is likely to cause stress, a lack of interest, and poor productivity.

Much research has been carried out into the use of data visualization. Presenting tasks visually — versus text based — uses 20 percent less brainpower. By providing a highly visual interface — diagrams, photographs and visual cues — operators experience less fatigue, suffer less stress, and generally have both a higher pick accuracy and productivity.

For example, when packing complex orders containing multiple items, we break it down into stages and show a photo of one item at a time to pack, then the next and the next. It’s like a supermarket checkout in reverse. This means there’s only one visual clue to concentrate on getting right, rather than a list of many items at once.

Through visual interface, the brain receives the information in the most efficient way possible. The unused mental effort can be applied to special details, further reducing errors and giving the worker a satisfaction afforded from mastery. We present simple visuals initially, with more data provided as it becomes necessary — building information up slowly rather than expecting the operator to digest it all at once. We present screens in stages that follow from each other like a story, rather than a complex list of actions in a list.

There are many ways this type of interface has been implemented. This includes pictorial illustrations indicating the shelf location the product is likely to be on — rather than simply offering a numbered location — and using product photography to aid identification.

While a diagram of a shelving rack with an arrow showing the product’s location might seem imprecise and inaccurate, this method is faster and more reliable than providing a command such as “find shelf 5C-23.” The use of color and shapes can also be used in preference to numbers. Again, finding a red triangle is easier than finding, say, 5C-23 — amid many similar looking numbers.

The technology required to do many of these principles isn’t complex. But few merchants use these techniques, due presumably to lack of awareness or thought, and a reliance on legacy systems. Portable computers with a color screens and resolutions suitable for graphics are now readily available. But much of the software used in the fulfillment sector was written before such equipment was affordable.

Replacing older handhelds, or even paper, with tablet PCs is quite simple. Adding new modules to the existing picking and packing software is usually possible too. What isn’t so easy is changing the whole picking and packing process to one that allows a different way of working, one that involves lots of small updates rather than a single completion step.