Even before the coronavirus-induced shutdown, click-and-collect ecommerce was growing quickly. But now as many Americans stay at home or keep their distance to flatten the Covid-19 curve, some unexpected businesses are taking online orders for pick up, too.

Let’s start with a little background.

Click-and-collect has seen rapid adoption. For example, according to a July 2019 Statista survey, 66 percent of millennial-aged respondents (roughly mid-20s to late 30s) worldwide had used click-and-collect. Perhaps more impressive, nearly half of the silent generation (mid-70s and up) and baby boomers (mid-50s to mid-70s) surveyed had also ordered online and picked up locally. 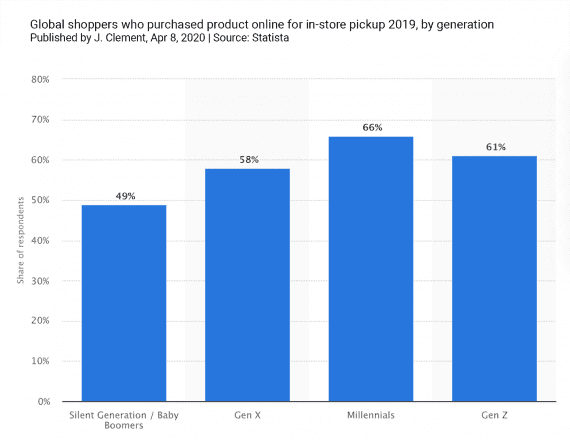 Statista reported that two-thirds of millennials surveyed had purchased online and picked up in-store.

The various stay-at-home and shelter-in-place orders have forced many businesses not immediately associated with click-and-collect or ecommerce to start selling online for curbside pick-up. These unlikely segments include restaurants, bars, and marijuana stores.

Enrique’s Mexican Restaurant is on Avenue E in Kuna, Idaho, a town of about 25,000, a few miles outside of the state capital, Boise. Enrique’s may not be fine dining by Manhattan or San Francisco standards, but its patrons would argue that it is the best Mexican restaurant in the area if not the entire state. 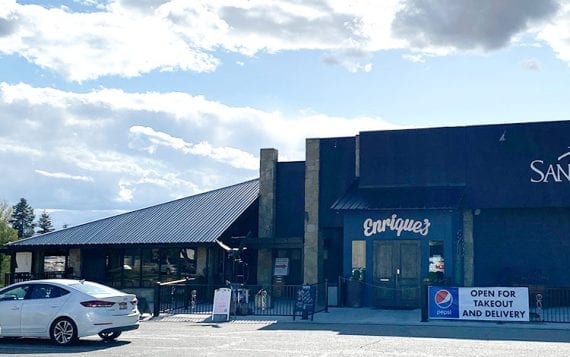 Restaurants used to serving customers table side have transformed their businesses for curbside click and collect. Enrique’s in Idaho is an example.

But like nearly every restaurant in the United States, Enrique’s dining room is closed, and the business has turned exclusively to taking online orders for parking lot pick up or local delivery.

This might be the least surprising business segment on this list. A Gallop poll from early April 2020 found that approximately one-third of American adults aged 18-to-54 had ordered more restaurant takeout since the shutdown.

Even when dining rooms reopen, restaurants such as Enrique’s will likely continue to offer click-and-collect or delivery options.

Many states have included liquor stores on their lists of essential businesses.

But sometimes you just crave that perfect rosewater gimlet from the classy little bar downtown. It turns out, you may be able to order it. Many state governors have permitted bars to sell beer, wine, and mixed drinks for curbside pick-up or even delivery. 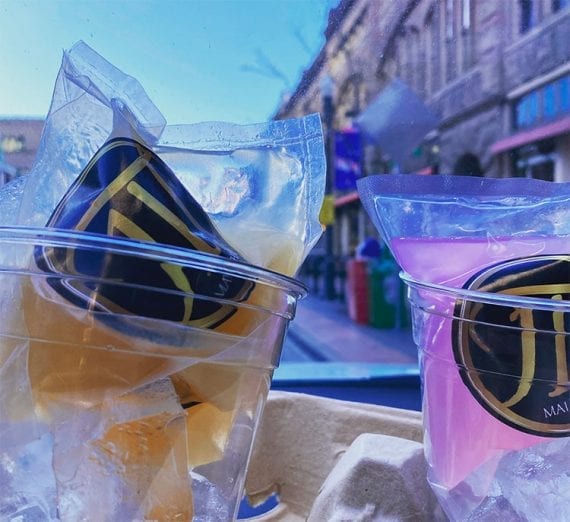 A bagged Mai Tai and rosewater gimlet sitting in ice on the dashboard of a car.

Thus, bars that did not offer any form of delivery or click-and-collect ecommerce before the Covid-19 mitigation quickly created ecommerce-enabled sites.

Whether these establishments can sell drive-by cocktails once they have reopened their physical locations is unclear. But if consumer demand is there, don’t be surprised if at least a couple of progressive states allow it.

“Stores are effectively closed. Instead, customers order online and pick up curbside, a major shift from when each buyer had to be personally verified by a licensed store worker,” Hughes continued.

Click-and-collect marijuana would have been unlikely just a couple of months ago, especially since the U.S. government considers marijuana a Schedule 1 drug — “a high potential of abuse.” Nonetheless, pot is now sold curbside click-and-collect style or, in a few states, is delivered directly to a customer’s door in response to an order placed online.

Not all curbside marijuana orders are technically click-and-collect ecommerce since marijuana dispensaries often accept only cash payment. Because the drug is still illegal federally, most banks will not do business with pot sellers, thus, no payment card processing.

A marijuana shop that finds a local bank or credit union to work with may still need to charge a convenience fee, which is not popular with pot consumers.

The coronavirus could, however, change this.

“U.S. cannabis CEOs say the chances for federal marijuana legalization will dramatically increase in the wake of the coronavirus pandemic, after several states declared dispensaries essential businesses, allowing them to remain open during stay-at-home orders aimed at halting the spread of the virus,” wrote Frank Holland in an April 19, 2020, CNBC article.

The CEOs Holland referred to include the top executives at Cresco Labs, Curaleaf, and Green Thumb Industries, which all produce cannabis.

These and many other industry experts believe there are a few good reasons that marijuana will soon become legal nationally and that pot ecommerce could be real.

Next, recreational marijuana sales could represent a new source of tax revenue for cash strapped states. For example, by some estimates legalizing recreational pot in the state of New York could generate $1.3 billion in annual tax revenue. 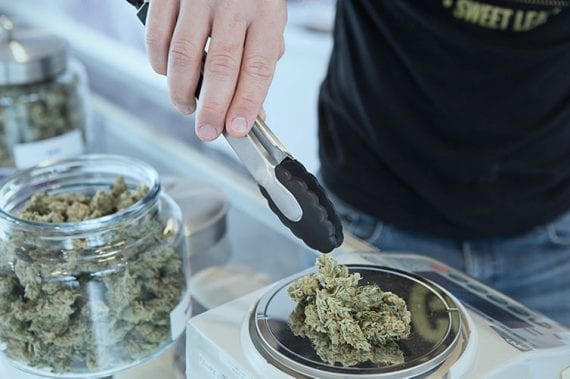 If made legal nationally, click-and-collect marijuana might stick around.

Finally, cash could be considered dangerous. Some in the cannabis industry argue that physical currency spreads the coronavirus. Thus, not making it easier for marijuana sellers to access banks and contactless payments could be a health issue.