How to Audit Integration of Google Analytics, Ads

Google Ads is an important platform for online merchants. Google Analytics is another. Combining the two provides rich, actionable data to grow traffic and sales — assuming that tracking is set up correctly.

In this post, I’ll provide an audit process to confirm proper integration.

After linking, check reports the next day to confirm imported data, as follows.

To confirm data from Analytics is integrated properly, go to reports in Google Ads for “Campaigns,” “Ad Groups,” or “Keywords” and modify the columns.

In Google Ads, go to reports for Campaigns, Ad Groups, or Keywords and modify the columns.

Then check the available metrics.

The following data can be imported from Google Analytics into Google Ads.

Importantly, the following items cannot be imported into Google Ads. 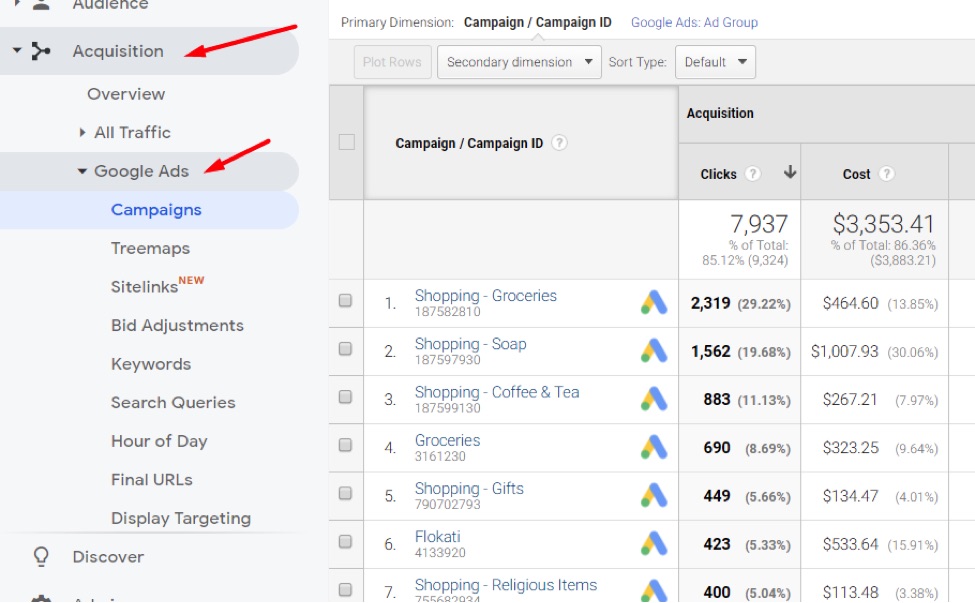 Many settings and much data can be imported from Ads to Analytics, including:

However, the following data cannot be imported from Ads to Analytics:

A good practice is to compare conversion data for Google Ads traffic. If the numbers differ, there’s likely a tracking glitch.

First, identify the attribution model set up in Google Ads for conversions that use that conversion pixel. In Google Ads, go to Tools & Settings > Conversions.

Identify the attribution model set up in Google Ads for conversions that use that conversion pixel at Tools & Settings > Conversions.

Then click on the Ads’ conversion action that uses the tracking tag.

Click on the Ads’ conversion action that uses the tracking tag.

And note the attribution model. The example below is set to “Position-based.” Also, note the “Conversion Window.” 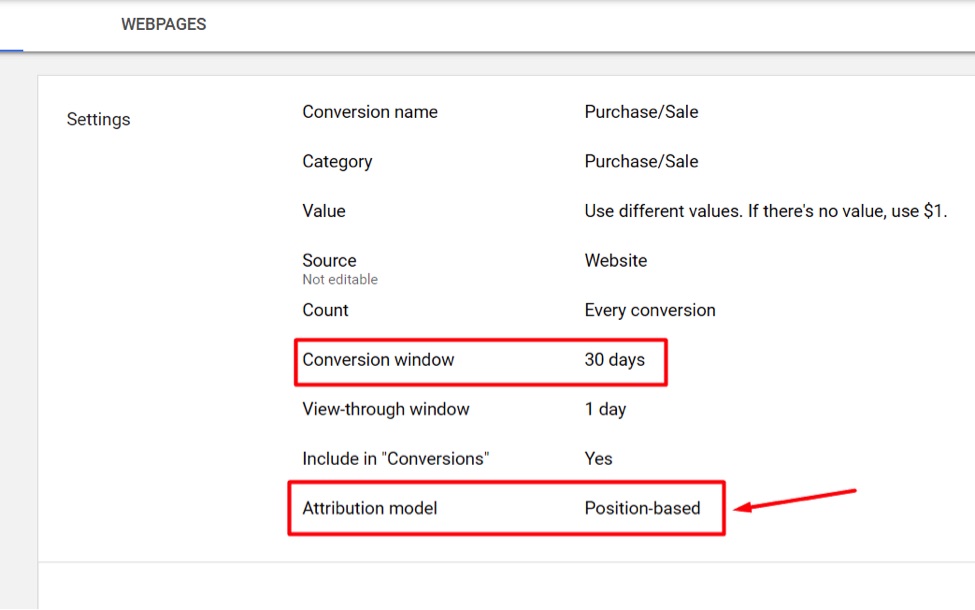 The attribution model for this example is set to “Position-based.” The conversion window is 30 days. 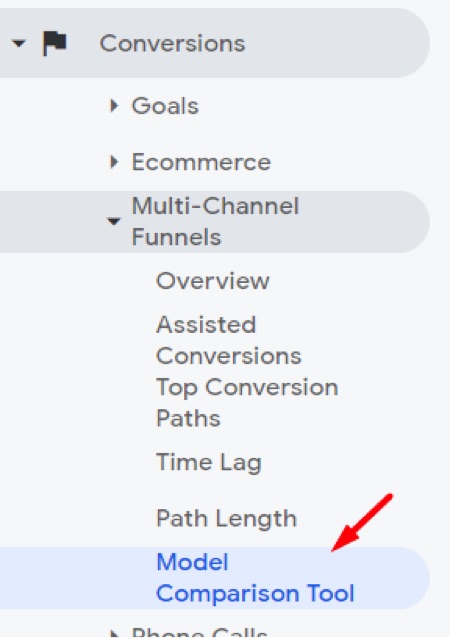 Then set up the report as follows:

In the below example, I could select “Transaction” or “Goal 1: Placed Order” because both show nearly identical numbers for total conversions. 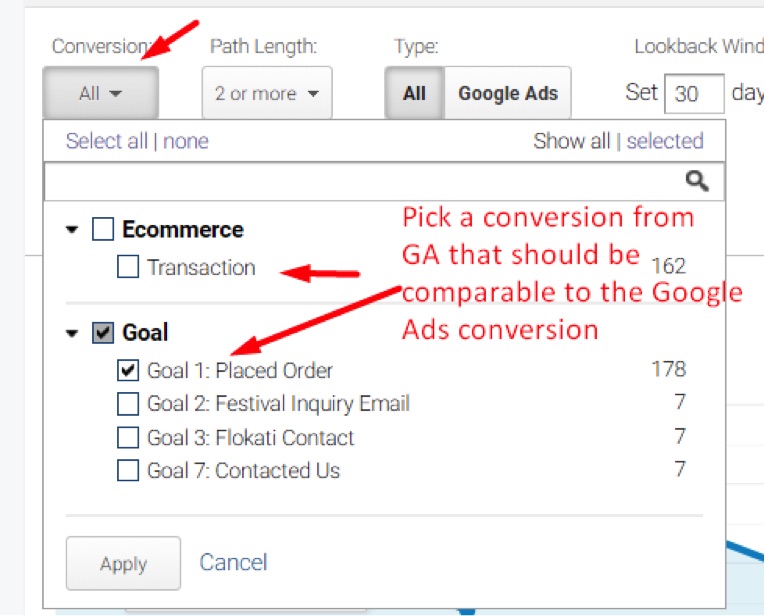 Filter by conversion action in Google Ads if you have multiple actions. 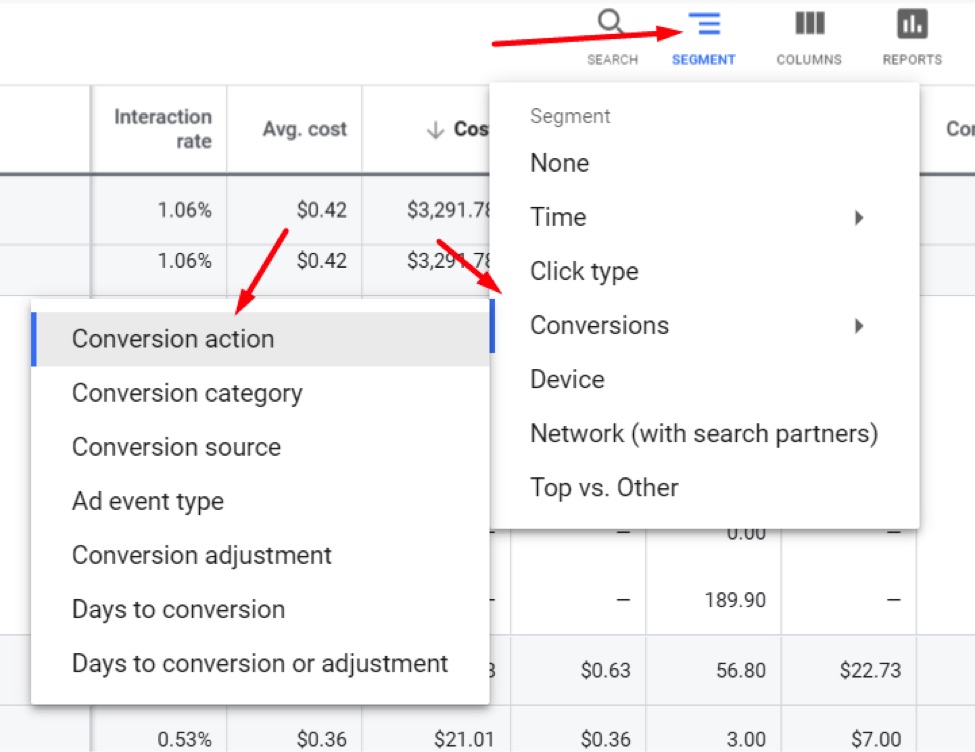 Filter by conversion action in Google Ads if you have multiple actions.

And then look at that number. I get 189.9 transactions for the timeframe I’m comparing for Google Ads. 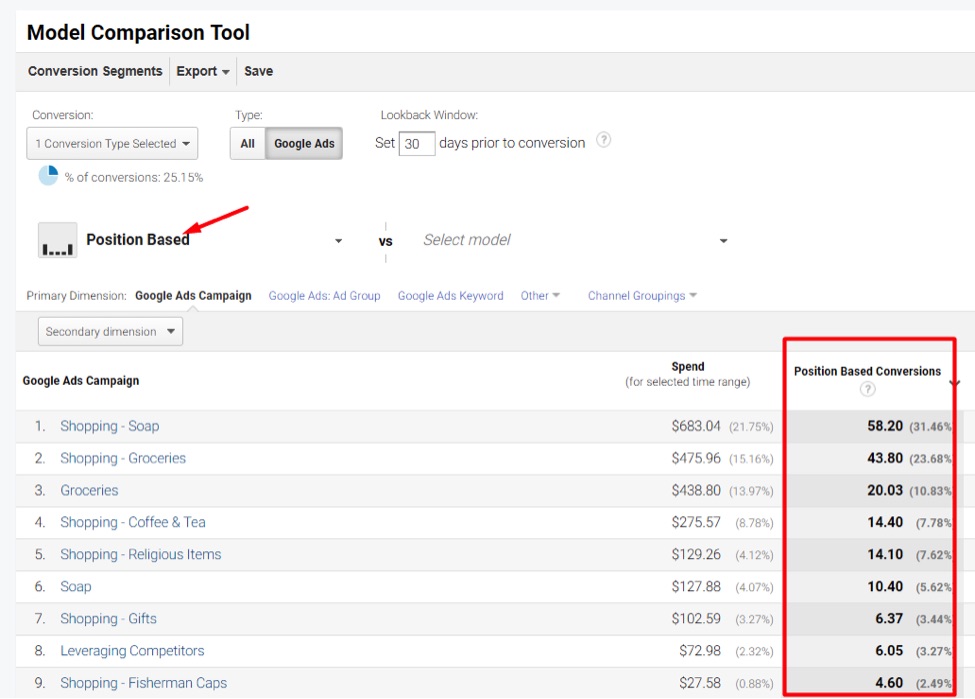 Use the same attribution model In Google Analytics as Google Ads, then sum up all conversions to compare.

If the two numbers do not materially align:

Google offers a comprehensive integration between Ads and Analytics. Other platforms, such as Microsoft ads, cannot be integrated nearly as well. But you can ensure tracking is accurate by using the same process outlined for comparing Google Analytics with Google Ads.

Cost data from other platforms can also be imported into Google Analytics. I’ve explained that process, at “Using Google Analytics to Optimize Bing Ads, Other Channels.”