When to Consider Ecommerce Shipping Insurance

High-end products, high volume, and quality customer service are among the reasons for considering shipping insurance for ecommerce.

Those carriers and others offer various forms of indemnification. But licensed insurance companies offer shipping protection that can be less expensive and provide better coverage in certain instances. 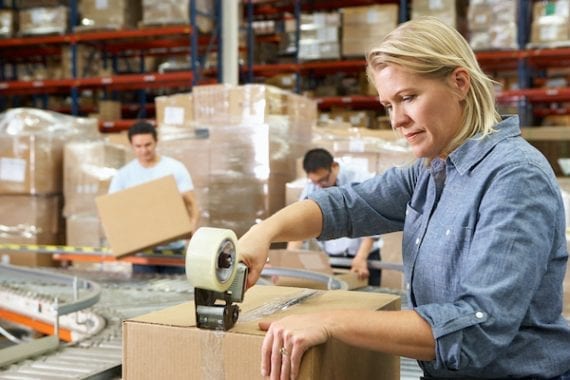 UPS and other carriers offer some protection for lost or damaged packages. Insurance companies will also protect shipments, even covering stolen packages in some cases.

While being buyer-friendly is a good thing generally, it can be expensive for an ecommerce company.

As a shopper, “if you order a new headset and it doesn’t come to you, or it comes to you damaged, you’re getting your money back right away,” said Scott, whose company offers ecommerce shipping insurance under the name Parcel Protection.

To be competitive, a business must often pay for refunds or send replacement items even when it cannot recover the cost of the lost or damaged product. It’s what customers expect. Some sellers consider it a necessary expense, even in the case of so-called friendly fraud.

“The reality is a shopper could have said [dishonestly] his headset was damaged or lost, and that shopper could be wearing the headset right now. Your company is likely going to reimburse the shopper anyway,” Scott said, adding, “there is a lot of exposure for the business.”

UPS and FedEx both offer a form of package protection via “declared value.” With each carrier, the sender — an ecommerce company — can declare a value of up to $100 at no extra charge.

In many cases, if a shipment valued at $100 or less is damaged or lost, the merchant shipper can recover the value of the item and the shipping expenses.

Declared value protection is not insurance. It has many limitations in coverage. UPS and FedEx describe these limitations and associated claim requirements in their terms.

For example, if an online shop sells $200 wrestling shoes and one shoe is damaged during transit, declared value protection might only pay $100 since the pair’s second shoe was unaffected.

Conversely, the free $100 worth of declared value protection from UPS or FedEx would more than offset the cost of, say, a $15 HDMI cable.

Companies such as Parcel Protection, Shipsurance, InsureShip, and others offer actual insurance for ecommerce shipments. UPS has its own affiliated insurance company, UPS Capital Insurance Agency.

Shipping software companies such as ShipStation, ShipWorks, and similar often integrate insurance coverage into their services. In most cases, a merchant can create rules around insurance, applying it only when the shipment is valued more than a certain threshold or when an item is being shipped to an area with extensive porch piracy.

Adding ecommerce shipping insurance could make sense for, again, high-end products, high volume, and quality customer service. But it comes down to costs.

Here is an example. Imagine that your ecommerce company’s average order value is $200. And for every 100 packages you ship, three are damaged, lost, or stolen, equating to a 97-percent success rate.

Furthermore, let’s assume that your company has a 35-percent profit margin, and it replaces packages that are mangled, missing, or stolen.

Your revenue would remain at $200. Thus the merchandise loss would be $60. Add to that shipping expenses for the initial and replacement orders, and the total loss could increase to $80.

Finally, since three out of every 100 orders is a failure, you would multiply the $80 by three for a total of $240 in losses for every 100 packages shipped.

If you purchased shipping insurance for $1 per shipment (or $100 for 100 shipments), your company would recover the cost of the three missing items at $130 each. Thus $100 in insurance would pay $390 of replacement costs. The missing shipments would then be profitable.