There are plenty of ways that small businesses can grow a Twitter following without spending a lot of money. Here are six examples. 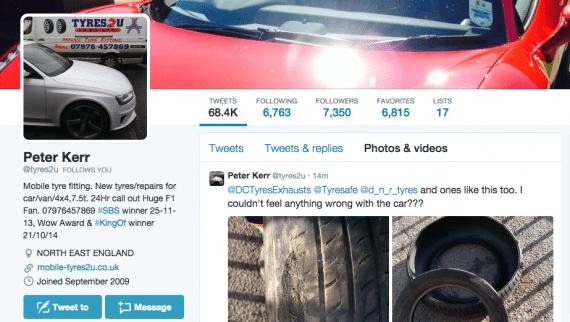 Tyres 2 U is a mobile tire business in northeast England.

Tyres 2 U is a mobile tire fitting and repair business with locations across northeast England. It’s not the most glamorous niche or, one would think, the most fertile ground for social media content. However, this business has worked hard to build a strong reputation for service through social media recommendations — posting photographs of completed jobs and, perhaps most importantly, by participating in various Twitter groups and being an active participant in locally targeted hashtags such as #nefollowers and #northeasthour. Tyres 2 U won a small business award, which resulted in local news coverage and heightened awareness.

The lesson here is to research groups in your local community for opportunities to use Twitter, and to win awards and accolades. 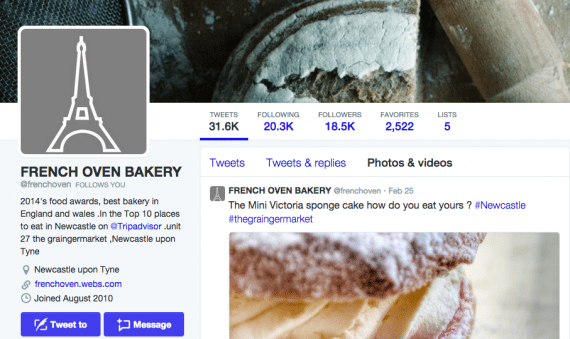 French Oven Bakery is based in Newcastle upon Tyne, in England.

French Oven is a small artisan bakery based in Newcastle upon Tyne’s historic Grainger Market. The business tweets mouth-watering photographs of its daily specials and often offers special deals to consumers who mention Twitter when visiting the store. French Oven Bakery also emphasizes the community spirit of the market atmosphere, cross promoting with other independent businesses and offering unsold food to homeless charities.

The lessons from French Oven Bakery are to stress charitable contributions and work with other independent businesses to build interest.

Shuttlecook is a new service that delivers ready-to-cook ingredients to make a different recipe each day. The business tweets photos of its daily recipes, but also includes short, helpful cooking ideas and healthy eating tips. Compelling food photography is key for Shuttlecook. But it could just as easily be a short video, or a template to add a written tip.

The lesson from Shuttlecook is to highlight your expertise by offering short tips and advice. 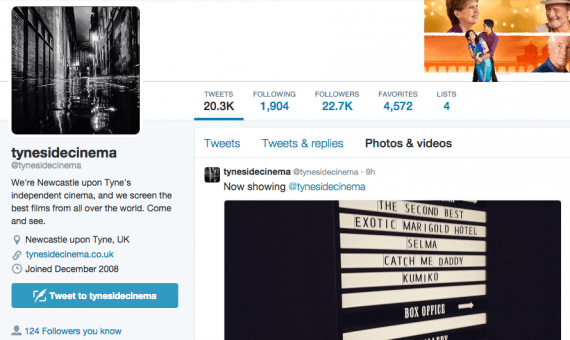 Tyneside Cinema is famous for its art deco styling.

Tyneside Cinema is an independent movie house, famous for its art deco styling. It has led the way for local businesses in my region of northeast England, winning an award in 2011 for the best cultural institution on Twitter. Tyneside Cinema’s winning combination of what’s showing, details of special events, and friendly community interaction has helped raise its profile. Importantly, Tyneside Cinema integrates its social media channels into all of its marketing efforts and gives social media as much care and attention as print advertising.

For other small businesses, the lesson from Tyneside Cinema is to treat social media with the same care and attention as other marketing activities. 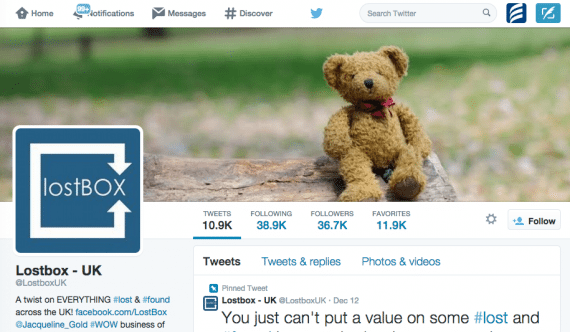 Lostbox aims to reinvent the lost-and-found service, reuniting owners with lost items — from teddy bears to tabby cats. On Twitter, it posts lost-and-found notices, using the openness of the platform. As with Tyres 2 U, Lostbox won an award in northeast England, which provided press coverage and increased awareness. Lostbox uses sponsored Twitter posts to spread its message beyond its current following — advertising the service overall and posting individual lost or found items.

The lesson from Lostbox is to support your social media marketing efforts with a small paid budget to boost the reach of your posts and help grow your following. 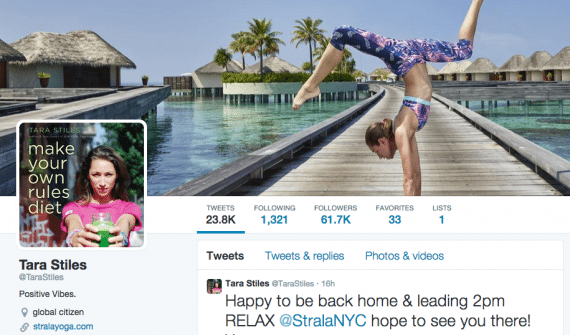 Tara Stiles is a yoga coach who her materials online.

Tara Stiles is a prominent yoga coach who sells a range of materials online, from books to video classes. Her main focus is YouTube, where users can sample short yoga sessions for free. But she’s also active across other social media platforms, including Twitter. Her marketing efforts excel in the use of short snippets of content. By separating her content, she can offer something fresh to her community each day.

The lesson from Tara Stiles is to not give away all of your content in one go, but to section it off into short snippets and slowly feed it to your community.