Social commerce, the use of social media in the context of ecommerce, is becoming commonplace.

Over the next few weeks, Practical Ecommerce will examine ecommerce platforms and applications that allow merchants to take advantage of this new trend. In this installment, we will discuss Payvment, a popular Facebook shopping-cart application. We’ll also include excerpts from our interview with Payvment’s CEO, Christian Taylor. 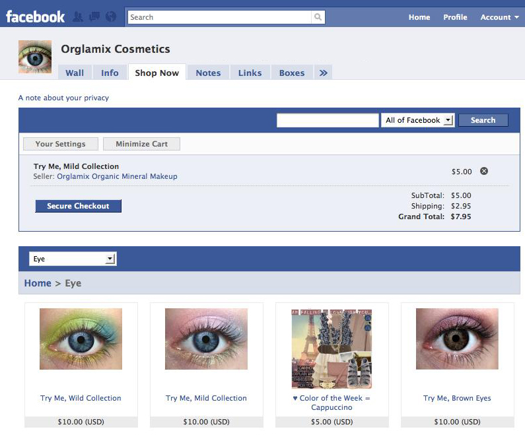 Payvment provides a free Facebook application that allows businesses, organizations and individuals to quickly set up virtual storefronts on their Facebook Fan pages. Since Payvment’s launch in November 2009, over 20,000 businesses and individuals have used the app, and over 500,000 Facebook users have shopped for products in stores using it, according to Payvment.

“Because buying on Facebook is relatively new, sellers just haven’t had the tools they’ve needed to make the most of the Facebook network effect,” said Christian Taylor, the CEO. “Facebook users want a buying experience that captures what’s truly unique about the Facebook experience. They want to be able to easily find products and brands, use a shopping cart that travels with them across storefronts, and take advantage of discounts sellers can offer to attract their loyalty.”

One of the features that separates Payvment from similar applications is its universal shopping cart, Open Cart Network, which allows shoppers to carry goods with them across thousands of Payvment-powered storefronts on Facebook.

This increases the chance of completing sales because the item remains in the cart until the customer either removes it or completes the purchase. Orders can be placed from different retailers that use the application, then purchasers can pay all at once using PayPal.

Taylor says his goal in creating this technology is to greatly reduce shopping cart abandonment. “We created a shopping cart that had no borders. Consumers can shop in different stores and check out in one place,” said Taylor. “Facebook is one of those places where no one wants to leave. Unlike other so-called carts, which are really nothing more than photo gallery apps, ours allow customers to make the purchase right there, without ever having to leave the site.”

Each Facebook Fan has his or her own personal shopping cart. The shopping cart uses a one-to-many model. Customers can select products from different stores and check out in one place. “It’s not dissimilar to the way Etsy works,” said Taylor.

To enable Fan Incentive Pricing, sellers that currently use Payvment activate the feature within their storefront settings. They then choose a discount amount to be provided to anyone that becomes a Fan of their Facebook pages and, with one click, the discount is available storefront-wide. Current Fans are automatically provided the discount.

Once Facebook users become Fans, they will see their special Fan prices. When visitors that are not Fans come to a storefront, Payvment automatically prompts them to become a Fan to receive special Fan pricing. 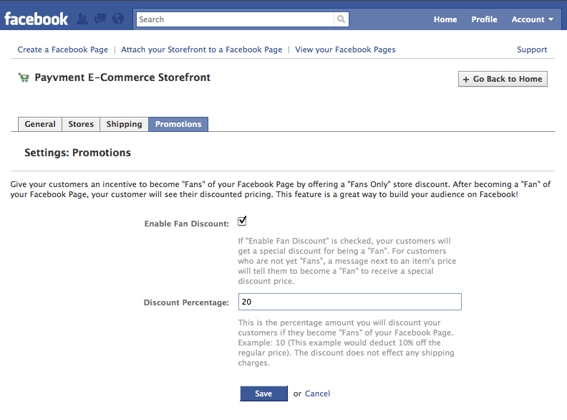 To say that Payvment’s cart allows users to never leave Facebook is somewhat of a misnomer, because the actual transaction is made via PayPal.

“The sales transaction is handled inside Facebook, but routes through PayPal for the gateway, using the Adaptive Payments API, which facilitates payments on the web, mobile, or other platforms,” stated Taylor. “When a customer gets to the part of the transaction where they need to put in their credit card, a new window opens with a secure SSL. Once the transaction is made, the window closes.”

Free to Use Now, But Not Forever 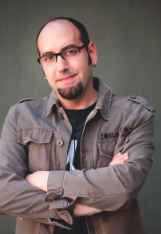 Another factor that makes Payvment unique among its peers is that it is free. Taylor suggested that the company’s top, immediate priority was to make the best product possible. In fact, Taylor calls it a “free public beta.”

Taylor said, “Payvment will remain free for now, but that’s not always going to be the case. We do have a business model behind it. We have an initial round of investment and investors want to see a return.”

He also indicated pricing will be affordable for small business, then made this promise, “For those who register during the public beta, Payvment will always be free to use. We will not come back later and charge a fee.”

New Features to be Announced this Week

Payvment will be in attendance at this week’s Internet Retailer’s Conference and Expo (IRCE) in Chicago, where the company will announce a series of updates.

Payvment is designed to be a stand-alone shopping cart that uses PayPal as its payment system. That means creating an entirely new cart, which is not good news to merchants with a large number of products. In those circumstances, the more Payvment can integrate its platform with existing carts, the better.

Alternatively, a number of ecommerce platforms are rolling out their own versions of Facebook shopping carts. Even though none of those, to my knowledge, provide the same degree of Facebook integration as Payvment, that option may prove preferable for existing merchants.

Lastly, when Payvment does begin charging a fee, I’m concerned about smaller ecommerce merchants being able to afford it. Payvment’s Taylor assured me that he understands the concern, and will keep the price within reach of small business. He also emphasized the need to register during the free public beta, as those merchants who do will never incur a fee.