More than 3,000 press releases are issued each day. However, unless you have a public relations firm following up — making phone calls or sending emails to journalists and bloggers — it’s almost impossible to get your release read by the media.

But there are three ways press releases can be benefit an ecommerce merchant, beyond informing the press. They are: (a) a tool for search engine optimization, (b) direct marketing, and (c) social media engagement.

When it comes to online marketing, practically everything revolves around being findable via Google and other search engines. There is no reason press releases can’t serve that purpose, too.

“A press release written with search engine optimization in mind can do much more than originally intended if the right keywords are used, links are included that point the corresponding page on your site, along with an image or video for universal search results,” said search marketing expert Brian Bille, president of Kinetic Marketing. “You’ll not only share news to make your PR department happy, but accrue even more value via inbound links to your site.”

As author David Meerman Scott explains so well in his bestselling book, New Rules of Marketing and PR, we are no longer beholden to media gatekeepers. Thanks to syndication via Google News and Yahoo! News, blogs and via RSS feeds, we can now go directly to the audience we want to reach with our message.

I am not suggesting that mainstream and trade press are irrelevant. Getting a story picked up and published in a trade publication still has value. But, why not take the short cut and go directly to the consumer rather than the long way around via the media?

I want to introduce you to a new concept called the “social media release,” or SMR.

The traditional press release was born over one hundred years ago at a time when “all the news that’s fit to print,” as The New York Times put it, was published in newspapers. Those days are long gone. The social media release is born of the time in which we now live, an era where newspapers, radio and TV are faltering and the web is predominant.

This new format enables users to incorporate video, audio, images, PowerPoint slides, and any other form of multimedia content that can easily be shared via the social web using blogs, social networks, microblogs, RSS and more. SMR’s don’t completely do away with the traditional release format. It’s just much more findable, flexible, sharable and conversational than the old text-based release ever could be. It was born from social media and is native to it.

With that in mind, here are three tools you can use to build a social media release. 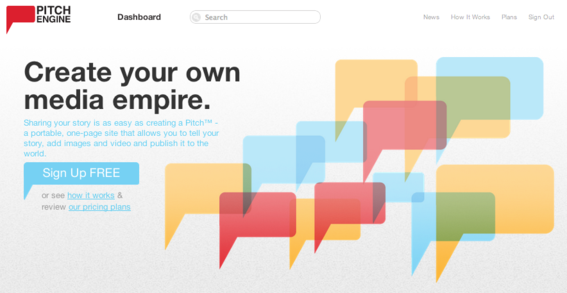 Pitch Engine is a platform designed to use with social media.

PitchEngine is a social-media-release-building application that enables users to embed video from YouTube and other video-sharing platforms, PowerPoint slides using SlideShare, and images uploaded from your computer’s hard-drive.

The application is as easy to use as completing a form. The interface includes fields for 140-character Twitter pitches, summary information, bullet-point news facts, and the full release. Links can be added to related websites, PDFs, or other files. There is also a field for keyword tags. And PitchEngine even has its own ULR shortener. Company boilerplate information is included in the right-hand column. 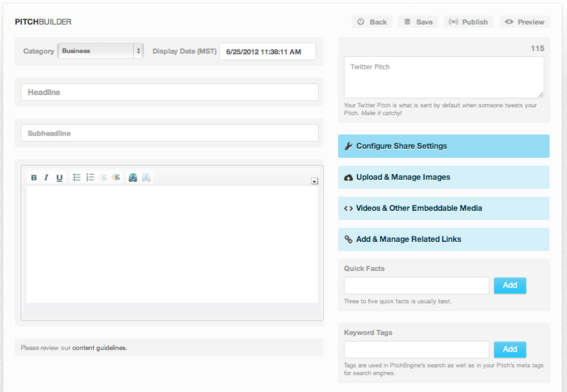 At PitchEngine, a simple one page form is used to create the release.

PitchEngine uses the “freemium” model in that releases are free, though only housed on the site for 30 days. Premium services — such as archiving of releases and the creation of a branded newsroom — are available at rates that range from $19 to $99 per month.

Though PitchEngine does syndicate releases to Google News, is not a wire service in the traditional sense, but relies on social networks and word-of-mouth for viral spread of the message. There is also a real-time “pitch feed” on the PitchEngine website searchable by industry and keyword that journalists and bloggers will find helpful. 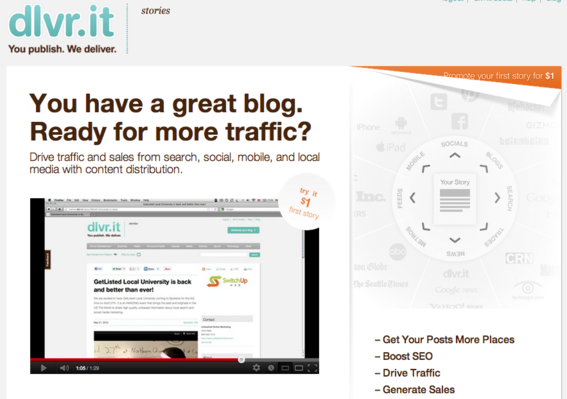 Similar to PitchEngine, Promoted Stories’ content can include text, images, video and other types of media files. One unique differentiator is that, based on its proprietary technology, all Dlvr.it needs to pull in content for use with its distribution platform is a URL from a previously published press release. 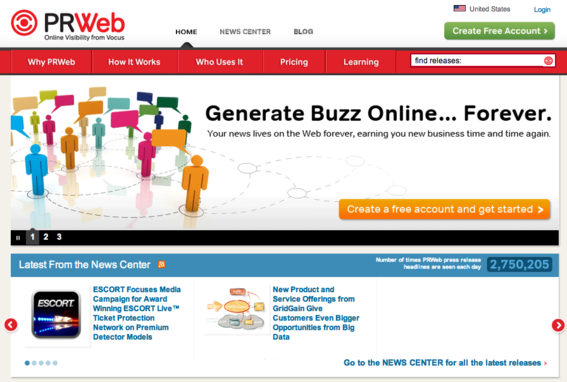 A third option that is a bit more mainstream is PRWeb. While it contains some of the same features as PitchEngine in terms of sharing with social media sites such as Twitter and Facebook, PRWeb’s emphasis on more in the release itself, which takes on a more traditional look and feel.

PRWeb also provides SEO benefits. Part of the user-interface incorporates the inclusion of keywords, and keyword-optimization is built-in. Plus, it is a wire service in that it syndicates releases to news media and online news sources like Google and Yahoo!.

According to PRWeb Direct: “We are heavily invested in search technologies. Search engine traffic plays a vital role in the success of your news release. Journalists increasingly rely on major search engines for their research. Consequently, every press release distributed through our network is optimized for maximum organic search engine inclusion. Search engines can then crawl naturally and efficiently to index your press release. Our exclusive technology and unmatched infrastructure provides the best available search traffic directed to your news items.” PRWeb is so confident of its service that it guarantees inclusion of press releases in major search engines.

Unlike PitchEngine, PRWeb does not offer a free option. Prices range from $89 to $369 per release, with service offerings scaling the higher the price point. I usually settle for the $199 Advanced option release, which is the one best suited to SEO. Due to the cost, if you create a large number of releases, you may wish to reserve PR Web for those that merit the greatest exposure.