A pair of new image-analysis solutions could open the door for powerful ecommerce and retail applications that significantly improve shopping experiences or create new marketing opportunities.

Open to everyone, Cloud Vision API allows developers to submit images for content analysis. The deep, machine-learning algorithm behind Cloud Vision API can identify objects in an image, recognize words or text, and even guess what emotion a person in the picture might be experiencing. 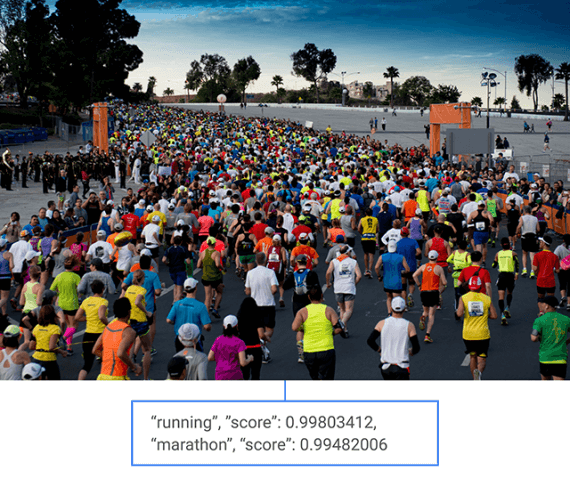 The Google Cloud Vision API can analyze an image and return a list of likely keywords.

Google used a photo of the start of a marathon as an example. Cloud Vision recognized that the image contained “running” and assigned a confidence score of nearly 100 percent. The Google’s algorithm also recognized “marathon” in the image at a similarly high level of confidence.

Microsoft is also developing an image recognition API as part of its Project Oxford. At the time of writing, Project Oxford’s Computer Vision, Face, and Emotion APIs were in a limited preview, but should be available to all developers soon.

Google and Microsoft are by no means the first companies to work on image recognition and analysis solutions. Nonetheless, offering these services as APIs, which seem relatively easy to integrate into new applications, is a significant step.

In part, these APIs may make it possible for relatively small start-ups or even established retailers to develop applications that could significantly impact the way that consumers shop.

Although the potential uses for image analysis are numerous, ecommerce and retail applications could fall into three categories: image classification, augmented reality, and content filtering.

Both Google’s Cloud Vision API and Microsoft’s Computer Vision API will identify objects within an image. This single feature could enable new sorts of product recognition and search.

For a moment, imagine a hypothetical shopping application called StreetLooky. The app allows you to snap a photo with your smartphone or capture an image from social media and shop for the “look” across several stores. 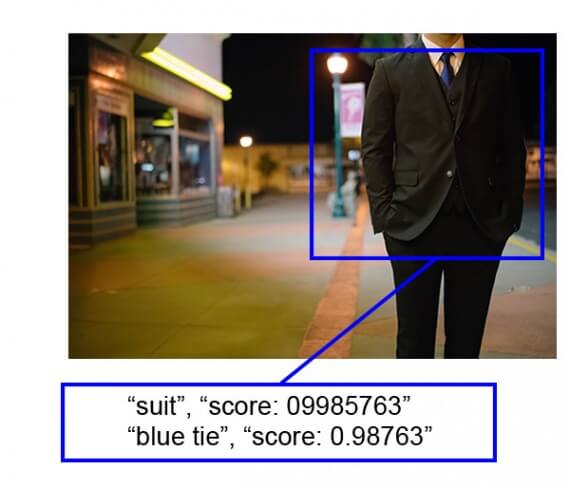 Say that you found a picture of a man in a dark suit. You really like the “look.” So you ask StreetLooky to find something similar. The app uses an image analysis API from Google or Microsoft and gets back a list of possible keywords, like “suit,” “black,” “blue tie,” and “man.”

It then conducts a product search on several partner websites, including Suitsupply, and returns images and links for several black suits. 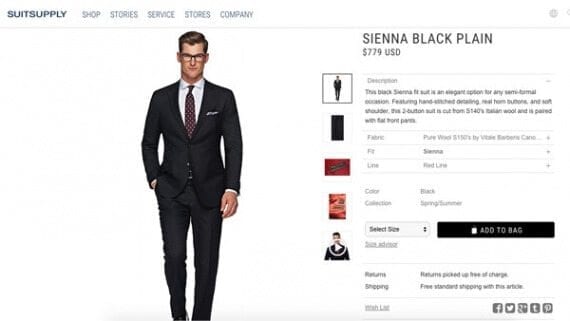 Using keywords representing the objects in an image, an app could search sites like Suitsupply and return a list of similar products.

Other, similar examples abound. Imagine an online store that sells wall art. This art store could introduce a feature that lets you upload a picture of your living room, then analyze the photo and make specific art suggestions based on the objects and colors already in the space.

Over the past several years, various companies have produced augmented reality (AR) shopping applications that allowed customers to “try on” hats and clothing in a virtual dressing room. Many of these applications have been able to achieve a surprisingly good experience. Zugara, which has had an AR ecommerce product since 2009, is one example.

Now take this application further. Since the app is already looking at the shopper via a web camera in order to overlay an image of a dress or shirt, it could take a snapshot of the shopper’s face and send it to the Google or Microsoft API for emotional analysis.

The feedback from the image-analysis API could guide the AR app. If the customer looks frustrated, the app might ask if something is wrong. Or if the shopper is happy, the app could comment about the outfit. “You look good,” it might tell the user.

Interestingly, both the Google Cloud Vision API and Microsoft’s Project Oxford have services that filter images for inappropriate content like nudity, violence, or even profanity (by extension of text analysis).

Online retailer Jinx uses gaming to encourage its customers to submit photos. These user-contributed images are often some of the best images associated with the product, since they let customers see how folks just like them look in the shirt or hoodie. 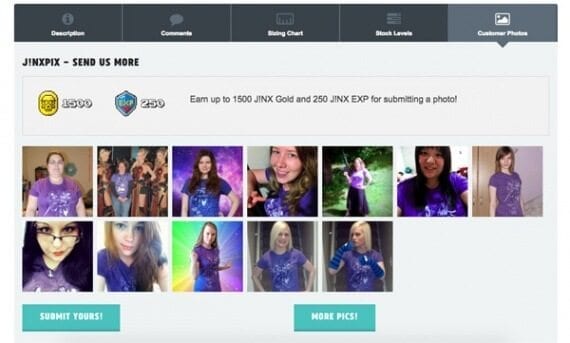 Jinx encourages shoppers to post images of themselves wearing the products Jinx sells. This is a powerful sales tool that can require a lot of effort to manage. Image analysis could automate the process, making it easier for retailers to accept user contributions.

But as well as programs like Jinx’s customer images help sell products, moderating those images can be a large task. For this reason, many online retailers don’t like to collect user-contributed images.

Enter the image-analysis APIs. All customer submitted product photos could be analyzed and filtered for inappropriate content, making it possible for a greater number of online stores to encourage user contributions.

The Google and Microsoft image analysis APIs can enable these sorts of ecommerce applications, and much more. But will they? That question has not yet been answered.